Erdogan’s economic crisis: Plumbing the depths of despair in Turkey

Erdogan’s economic crisis: Plumbing the depths of despair in Turkey 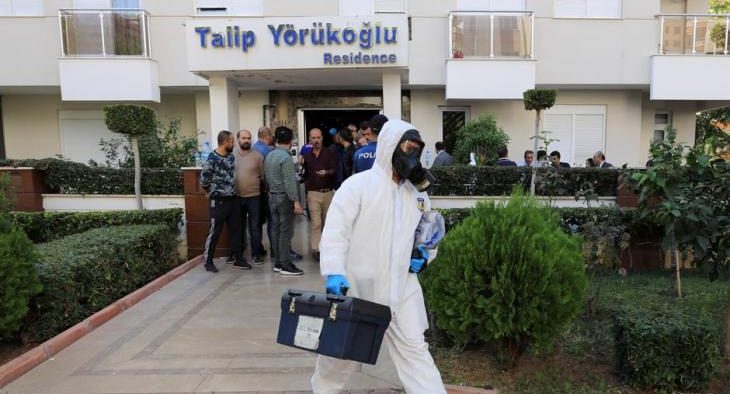 In recent weeks, Turkish society has been rocked by a spate of suicides. Three families used cyanide to kill themselves – the reason: economic problems. According to the opposition, the ongoing economic crisis in Turkey is driving people to their deaths. By Daniel Derya Bellut

A couple of weeks ago, police in Istanbul’s Bakirkoy neighbourhood opened the door to an apartment after neighbours complained of a chemical smell. Inside, police found three dead bodies. A 38-year-old jeweller had poisoned himself, his wife and their 6-year-old son with a cyanide solution used in mining. The man who took his family with him to his death is said to have been experiencing financial problems.

The case, like two others in which families were found dead of cyanide poisoning, has shocked Turkish society. Earlier in November, residents in Istanbul’s Fatih neighbourhood found a note on the door of an apartment. “Warning: This apartment is contaminated with cyanide,” the note read. “Call the police. Do not enter.” When the police finally did go in, they found the bodies of two males and two females, all between the ages of 48 and 60. They were siblings.

“There is nothing more I can do“

In the coastal city of Antalya, police found the bodies of a woman, her husband, and their 9-year-old daughter and 5-year-old son. They had died after ingesting cyanide. Media reported that the man, who was unemployed, left a suicide note reading: “I beg forgiveness, but there is nothing more I can do.”

Not only do all three cases have death by poisoning in common. Each of the cases was preceded by problems such as poverty, debt or unemployment. According to Turkish media reports, the electricity in Fatih was switched off immediately after the corpses were removed from the apartment; the four siblings had not paid their electricity bills for months.

The deaths have been re-hashed on news and social media sites – conspiracy theories also make the rounds. Some question the perceived connection between the economic crisis in Turkey and the recent spate of suicides. The opposition claims that unemployment and the decline in the value of the Turkish lira have contributed to a climate of despair. 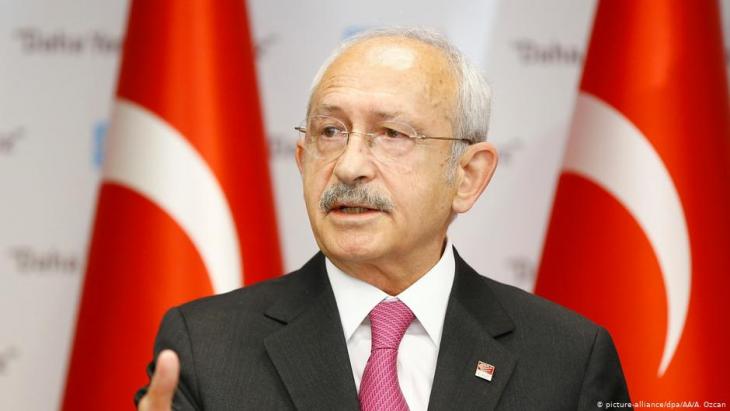 Kemal Kilicdaroglu, leader of the opposition party CHP, referred to the incidents in a speech: “Why do you suppose this happened? These days you see women looking for food in garbage containers. We need more welfare state. We need more sustainability,” he demanded

Kemal Kilicdaroglu, leader of the opposition party CHP, referred to the incidents in a speech: “Why do you suppose this happened? These days you see women looking for food in garbage containers. We need more welfare state. We need more sustainability,” he demanded.

And observers note that the cases have common traits. “It’s wrong to think of suicide as being a purely individual decision; purely psychological,” said Hacer Foggo, a poverty researcher with the aid organisation Cimen Ev. Foggo said suicides often arose at moments of widespread societal desperation. “Society doesn’t see these people,” she said. “They feel helpless and alone. When that is compounded by economic fear and when essentials like food, water and electricity fall away, those problems get worse.”

The Turkish government denies a connection between the economic crisis and suicides. For them, the suicides are rather an indication that there are too few hurdles for the acquisition of cyanide in Turkey; bans and regulations must be implemented. The Nationalist Movement Party, the far-right coalition partners to President Recep Tayyip Erdogan’s ruling Justice and Development Party (AKP), called for a ban on hydrogen cyanide in June; so far, nothing has happened. Now the Family and Social Policy Ministry, led by the vice chair of the AKP, has convened a commission to investigate the suicides and present a public report.

Unemployment in Turkey is currently 14% and youth unemployment stands at 27%. Inflation has led to cost spikes for important consumer goods such as food, medicine and fuel.

Yet it is not clear from the statistics that the economic crisis is the decisive factor for the suicides of Antalya, Fatih and Bakirkoy. According to the Turkish Institute of Statistics (TÜIK), the number of suicides in 2018 was 3,161.

There has been no increase since the onset of the economic crisis in summer 2018. On the other hand, there has been a 27% increase in suicides since the AKP first came to power in 2002. Over the past seven years in particular, the number of suicides has remained at a consistently high level.