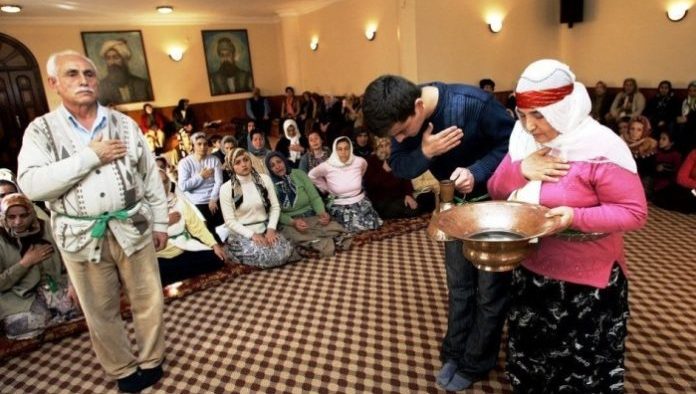 Members of the İstanbul City Council from the ruling Justice and Development Party (AKP) and the Nationalist Movement Party (MHP) have voted against a motion that would grant “house of worship” status to cemevis, buildings where Alevis hold religious services, in İstanbul, according to Turkish media reports.

The Republican People’s Party (CHP)and the İYİ (Good) Party members of the city council voted in favor of the motion at a session held on Thursday, which was presided over by Mayor Ekrem İmamoğlu, who is from the CHP.

The motion was put forward by the CHP and İYİ Party members of the council at a session on Jan. 13. It said there are 93 cemevis in İstanbul and that although these buildings are used as places of worship, they are deprived of rights enjoyed by other places of worship, such as mosques, churches and synagogues, which are exempt from paying for utilities.

In 2013 AKP leader and President Recep Tayyip Erdoğan promised to grant official status to cemevis as part of his government’s Alevi initiative, which was aimed at expanding the rights of the country’s Alevi population.

Earlier this week, the İzmir Municipality in western Turkey granted the status of house of worship to seven cemevis in the city.

At the municipality’s first city council meeting for the year 2020 chaired by İzmir Mayor Tunç Soyer, from the CHP, seven cemevis in the Bornava, Aliağa, Bayraklı, Çiğli, Konak and Selçuk districts were noted as houses of worship in the zoning plans by a majority vote.