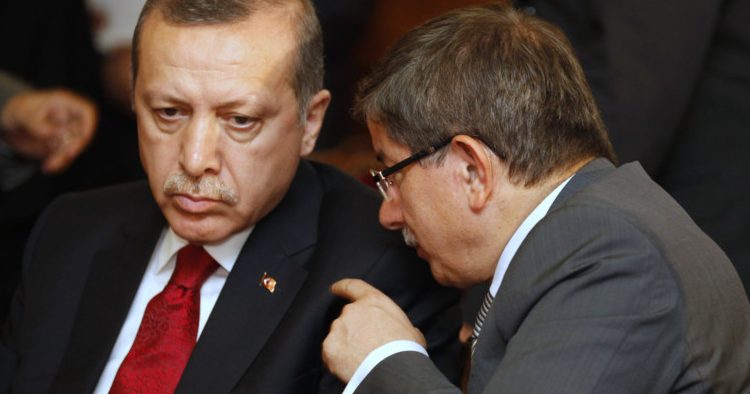 The Turkish government has taken over the management of a foundation set up by a former ally of President Recep Tayyip Erdogan, as hostility between the two men heats up.

Erdogan is punishing Ahmet Davutoglu, who is also former prime minister, for breaking away from the ruling Justice and Development Party (AKP) and launching a new rival party to appeal to disillusioned voters.

Davutoglu co-founded the Foundation for Sciences and Arts (BSV) in 1986, but on Tuesday it was taken over by a government ministry-affiliated body.

The BSV said the decision was “arbitrary” and a “dangerous initiative.”

The government recently appointed a government official to the privately-owned Istanbul Sehir University, which is also affiliated with Davutoglu, after it failed to pay back loans to state-run Halkbank.

But Davutoglu has come out swinging despite the setbacks to his legacy. This week he criticized the government’s handling of the economy, alleging that Erdogan’s team was manipulating inflation figures to paint a rosy picture.

“Think about a doctor who tells his patient that he is fine by changing his test results. The patient says ‘I’m dying,’ but the doctor says, ‘Look at the figures, your test results are fine.’ The economic administration in Turkey is doing precisely the same,” the former prime minister said.