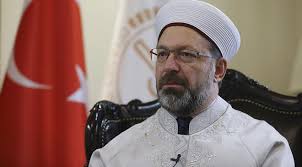 Turkey’s top Islamic authority is challenging 1,400 years of religious thinking, with a new ruling on the fraught topic of usury.

According to the High Board of Religious Affairs, interest on home loans doesn’t violate Islam’s proscriptions against usury as long as the loan comes from a Turkish state bank and goes to buy a home in a government housing project.

The majority of pious Muslims believe there is no room for interpretation when it comes to Islamic beliefs forbidding lending money at high interest rates. But the board maintains that in the case of government housing, interest rates aren’t sinful because the main purpose is to help low-and-middle-income citizens instead of earning interest income.

The ruling sparked a smattering of opposition on social media, with one person tweeting “shame on them” and another accusing the government of tweaking religious rules to its benefit.

While the preamble of Turkey’s constitution states that “sacred religious feelings shall absolutely not be involved in state affairs and politics,” the budget of the Presidency of Religious Affairs has jumped to 11.5 billion liras ($2 billion) from around 500 million liras in 2002, when Erdogan’s AK Party came to power.

Building cheaper housing is core business for the government’s Housing Development Administration, which became a major driver of the Turkish economy in the Erdogan years.

Home sales rose by more than 200,000 units in December, a record going back to 2013. The increase was spurred by lower loan rates and pent-up demand after a currency crisis in 2018 hit the housing market.

Opposition parties allege the administration is a slush fund that masks the distribution of government cash to Erdogan supporters in the construction industry. The government says the agency has helped hundreds of thousands of lower-income families buy their own homes.

Tags:
Previous Article
Why a plan to open Turkish schools in Germany has prompted uproar
Next Article
Turkey Caps the Year With Biggest Monthly Deficit on Record