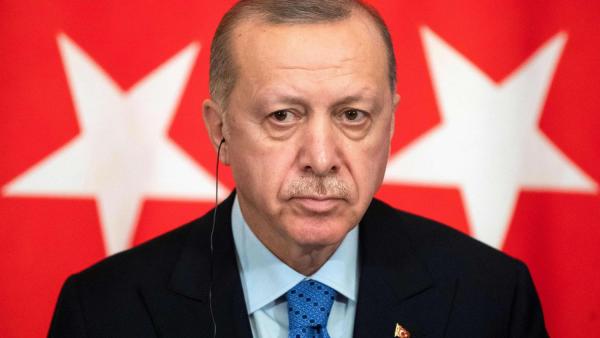 As chaos spills onto Turkish streets due to coronavirus, critics say the move is meant to undermine mayors

The Turkish government is blocking money from the opposition-led municipalities of Istanbul and Ankara amid panic-buying after the country’s first lockdown was announced on Friday evening.

The Interior Ministry stated that the lockdown would encompass 31 cities, including Istanbul and the capital Ankara. It started at midnight on Friday and is scheduled to end on Sunday night.
The lack of warning led to long lines as people flooded stores, leading to fears that the measure could spread the virus even further.
The government later announced that bakeries, pharmacies and hospitals would remain open, and appealed to the public to respect social distancing and remain calm. It shared photos on Saturday of authorities delivering bread to people’s homes, and residents reported that sellers were going around neighborhoods offering baked goods.
There were over 1,000 confirmed deaths due to coronavirus in Turkey as of Friday, and more than 47,000 confirmed cases.
The opposition had long called for a lockdown, but criticized the short notice the government gave for the weekend move.
Soon after Friday night’s announcement, the mayor of Istanbul, Ekrem Imamoglu, a leading member of Turkey’s main political opposition, the Republican People’s Party (CHP), said he had not been given advance warning and did not know which services would be running.
Last year’s mayoral races in Istanbul and Ankara were both won by the CHP, marking the biggest defeat for Erdogan during his time in power. The two cities account for about 60% of the confirmed cases of coronavirus in Turkey.
The party accused President Recep Tayyip Erdogan of trying to undermine opposition mayors by blocking the municipalities of Istanbul and Ankara from accepting donations to deal with the pandemic. The national government followed the opposition by setting up its own campaign appealing for donations from the public.
“[Erdogan] thinks that the success of the Republican People’s Party in big cities to gain the hearts of the people and the population in Istanbul and Ankara is eradicating support for the AKP,” said Unal Cevikoz, a member of parliament from Istanbul who is the CHP’s vice chairman for foreign affairs.
He was referring to Erdogan’s ruling AK (Justice and Development) Party.
Cevikoz told The Media Line the donations were going to be used for food baskets, and that people were now giving money to NGOs and civic organizations to support similar efforts.
Erdogan claims it is illegal for municipalities to set up campaigns for donations, calling it an attempt to create “a state within a state,” a charge denied by the CHP.
The government has also gone after those who have been critical of its response to the pandemic. Over 200 people have been detained for social media posts. They include a high-profile TV anchor who wondered if the government would go after individuals’ bank accounts to obtain money.
Critics of Erdogan have accused him of wasting public funds and awarding tenders to allies.
The government spent $615 million on a presidential palace built in 2014, and last year unveiled a new airport in Istanbul costing $8 billion, with the city’s older airport still being used by state leaders.
At the end of March, the government announced a tender for the planning of a new canal in Istanbul that is estimated to cost over $11 billion.
Imamoglu, the mayor, has said that spending resources on the project amid the pandemic while millions could lose their income was “mind-boggling,” the Hurriyet Daily News reported.
Imamoglu added that 50,000 families had applied to the municipality for support. The central government announced last month that it would help pay the wages of workers impacted by the pandemic and provide a total of $15 billion in economic support, which some economists consider a modest package.
Turkey is expected to enter another recession this year. A recession in 2018 followed a currency meltdown, which led to rising inflation and unemployment.
“It doesn’t look like the government has enough funds…and that’s why they started this [donations] campaign,” said Yusuf Sarfati, an associate professor of comparative politics at Illinois State University, who is originally from Istanbul.
Sarfati told The Media Line that municipalities are closer to the people they serve and should therefore have a significant role to play, although Erdogan is blocking donations to minimize their role.
“There’s not another explanation,” he said. “It’s a partisan political attempt.”
Source: Jerusalem Post
Tags:
Previous Article
Turkey’s interior minister resigns over short-notice coronavirus lockdown to save Erdogan
Next Article
Cases in Turkey are rising rapidly: Corona-Ignorant Erdogan with the decree for Chaos

Despite 3-week lockdown, many remain on the move in Turkey
NAT 30th April 2021

Despite 3-week lockdown, many remain on the move in Turkey

Cases in Turkey are rising rapidly: Corona-Ignorant Erdogan with the decree for Chaos
NAT 12th April 2020
Submit an Op-Ed
Tweets by NewsAboutTurke1