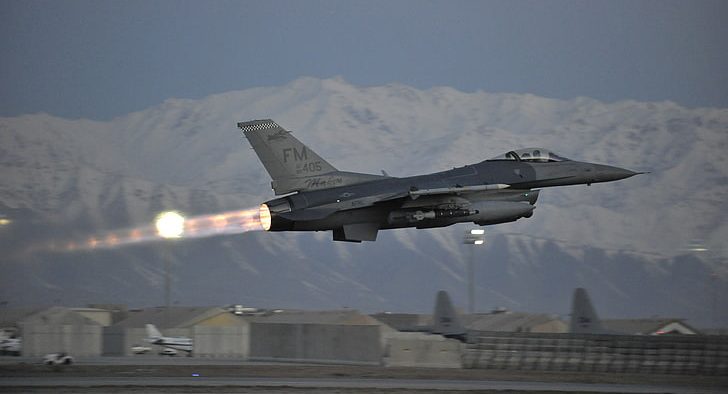 Turkish aerial and ground operations inside the territories of the Kurdistan Region of Iraq have noticeably increased in recent weeks, accompanied with wide Kurdish reactions of resistance and solidarity accompanied with an increasing sense of imminent danger.

The attacks face wide local reactions from people and various Kurdish sides with shy condemnation of Kurdish and Iraqi officials.

Turkey carried out several heavy attacks, killing at least five local civilians on 19 June, while several others have been injured by various Turkish attacks.

The ground operations are mainly occurring in the border area with Turkey,Haftanin region, near the District of Zakho, Duhok Province, with the Turkish army forces moving over 10km deep into the region.

It was also reported by Kurdish media that Turkey had deployed a force of “200-300 commandos and village guards” in Haftanin, near Zakho, Duhok province, where intense clashes are occurring between the Turkish soldiers and the PKK fighters.

A Peshmerga Ministry officialhas said that Turkey has moved by 20 to 40 km deep during its ongoing operation.

Pro-PKK Iranian Kurdish rebel group Kurdistan Free Life Party (PJAK) has said that one of its fighters was killed and three others were wounded in the Kuna Masi airstrike.

The Sinjar District, which is disputed between Erbil and Baghdad,enjoys a strategic importance due to its geographical location, lying on the Syrian border and about 100km far from the Turkish borders. The city also has a historical importance in the general area, and until August 2014, when the Islamic State (IS) controlled it, it hosted the largest Yazidi community in Iraq.

Makhmour camp, also known as Camp RustemCudi, hosts over 12,000 Kurdish refugees from Turkey who were displaced by Turkish military operations against border areas in the 1990s.

Turkish President Erdogan has repeatedly threatened to attack Sinjar and Makhmour camp, calling them PKK hubs in addition to Qandil, where the Kurdish force is based.

On 28 June, the Kurdistan Communities Union (KCK) spokesman, Zagros Hiwa, said to a media outlet that the Turkish military and PKK fighters are engaged in clashes across a 300-kilometre span of the borders Iraq shares with Turkey, Syria and Iran.

The KCK is a pan-Kurdish umbrella organization in which the PKK is a key member.

Turkey has also been dragging the clashes into the region, rather than being willing to have the fight inside its lands, it does this to have a pretext to stay in the region. As new researchers have found that in 2020 77 per cent of Turkey’s clashes with the PKK have occurred in the Kurdistan Region.

There is a sense of anger, condemnation, resistance and solidarity building inside the Kurdish community everywhere, not just in Iraq, with many trying to highlight the issue of increasing Turkish incursion by holding protests, activities, and social media campaigns.

Protests, large and small,condemning the Turkish army operations and presence inside the region came to place in various cities and towns in the Kurdistan Region,  including in in the cities of Sulaymaniyah, Ranya, Halabja, Erbil, Shiladize, Chamchamal, Sinjar and Makhmour camp.

The Turkish operations have infused fear among locals, leading some to leave their areas, while at least 18 villages in the Duhok Provincehave been evacuated.

The KRG “condemned” the Turkish airstrikes and asked Turkey to “respect the sovereignty” of the region, its cabinet website said on 19 June.

The Kurdistan Democratic Party (KDP), the ruling party in the region which leads the KRG cabinet, has strong ties with Ankara.The KRG statement added that the PKK must also leave the area, and stressed that it wanted “friendlyrelations” with all its neighbours.

Similarly, the Kurdistan Parliament also condemned the attacks in a statement on its website.

However, the two main parties in the Kurdistan Region, the KDP and the PUK, did not use the world “condemn”, but instead the KDP said that it is “concerned”, and the PUK called the attacks a “violation”of Iraq’s sovereignty.

These attacks come as part of ongoing Turkish efforts of moving deeper gradually inside the Kurdistan Region.

Because the attacks are gradual and ongoing, the international media tends to overlook and belittle the Turkish army slowly lurking into the Kurdistan Region and Kurdish areas in Syria.

The slow but persisting Turkish military existence in the region with expanding economic, security and military presence and influence inside the Kurdistan Region and other areas outside is a dangerous phenomenon.

Turkey has also been slowly and gradually increasing its influence in the disputed province of Kirkuk, where its ambitions of increasing influence is obvious to those living inside or observing the Kirkuk area.

To understand Turkish methods of expanding control, one needs to look what Turkey is doing in northern Syria, particularly Afrin, and most recently in Sari Kani (Ras al-Ayn), GreSpi (Tal Abyad), including other areas in northern Syria. In March 2018 Turkey controlled Afrin amid international silence. The US leaving its bases in northern Syria in 2019 was shortly followed by Turkey’s control of Sari Kani and GreSpi. Once again this came with no international move to stop the blunt offensive.

Turkey is now emboldened enough to commit similar moves in the Kurdistan Region of Iraq and other areas in northern Iraq, being sure that a similar international silence and lack of action to stop these moves will be guaranteed, similar to the scenario Kurdish areas in Syria have faced.

It is important to remember that what Turkey is doing is not limited to military operations against the PKK, but includes actions that cause displacement, change of demography, inhabiting fear among locals, and human rights violations in both the Kurdistan Region and northern Syria.

Turkey is using the divide and rule strategy, dividing Kurdish geographies by attacking different border areas, forcing locals to flee and building bases to limit the movement of the PKK and also that of locals inside the Kurdistan Region territories.

This is done by Turkey by segregating northern Syria into different areas falling under its control. Now Afrin and Jarablus, GreSpi and Sari Kani,divide northern Syria; it is no longer a long strip from the east to the west all under the Kurdish-led forces, the Syrian Democratic Forces (SDF).
Turkey and Iran are trying to use similar methods in the Kurdistan Region, now launching heavy aerial and ground attacks in border areas, particularly in Haftanin, with Iran simultaneously attacking its border areas with the region. Noticeable Turkish presence and attacks in the geopolitical Khwakurkmountains also present an effort to divide the region.

Though Iran Foreign Ministry has said that Iran’s bombardments in the Kurdistan Region were coincidently with Turkey’s.

Established and governed by military-men, the Turkish Republic remains a military state today. The country is currently ruled with “the coup constitution” that was prepared by the military junta led by Kenan Evrenafter the coup d’état of 12 September 1980 and was put to a popular vote in the referendum of 1982.

Turkish state, the political history of which is not short in military interventions, has in the past decade been alarmed with the rise of Kurdish-led democratic forces in the country. The 7 June 2015 general elections, in which the pro-Kurdish Peoples’ Democratic Party (HDP) received above 13 per cent of the votes equivalent to more than six million votes and passed the 10 percent threshold for entering the parliament as a political party, have been of great importance in this sense. Some analysts have argued that, the rise of the Kurds in the political arena of the country is viewed by the state as one of the main threats on the Turkish codes of the state structure. This rise is discussed to be one of the possible reasons for the coup attempt on 15 July 2016.

The annulment and renewal of the 7 June 2015 elections was followed by a period of systematic exclusion of the Kurds from democratic politics, civil society, and mainstream media, as well as imprisonment of Kurdish leaders, MPs, activists, writers, artists, journalists, political party members, and ordinary citizens and killings of Kurdish citizens.Simultaneously, the achievements of the Kurds in Turkey, Rojava (northern Syria), and Kurdistan Region of Iraq (KRI)have beenunder constant attacks of the Turkish government.

These attacks have come specifically with the decreasing domestic support to the Justice and Development Party (AKP) – Nationalist Movement Party (MHP) government. Having failed to keep the economy alive, President RecepTayyipErdogan’s AKP and its coalition partner MHP believe thatthe solution to remain in power and regain the support of their constituencies lies under practically implementing their Turkish-Islamic synthesis of neo-Ottoman ideology.Analysts have also pointed out to the possibility of regime change altogether, an Islamic regime in which Erdogan would not need elections to remain in power.

Therefore, the ongoing pressures on the pro-Kurdish HDP, the recent attacks on Rojava, and current military operations in KRI need to be interpreted in these wider contexts. While existence of the Kurdish people never allowed a complete Turkification – one flag, one nation, one language – of all the peoples living in the country, emergence of the Kurds as the main democratic actors in the region as opposed to the authoritarian, militarist, and nationalist structure of the Turkish state has doubly increased a general Turkish outrage against the Kurds. Therefore, it would be a serious underestimation of the developments in the region to think that Turkey is only attacking the PKK due to its “security concerns”, a claim widely served to the public through the Turkish mainstream media.

The current attacks on the Kurds are of special importance because both the state structure and the AKP-MHP government view Kurds and their struggle for peace and democracy to be a threat on their currently established power. Therefore, for both, the slow advancement into the lands that the AKP-MHP government aims to occupy based on their neo-Ottoman strategy, is of existential importance.

However, as intense as these attacks are on the Kurds, the power of a united people should never be underestimated. Turkey may be attacking with technologically advanced weapons, but it should not forget that the people of the region it attacks had once risen against Saddam’s Ba’ath regime and came out victorious despite Saddam’s brutal chemical attacks. Additionally, further advancement of Turkey in the region could lead to young Kurdish fighters from all parts of Kurdistan to join the defense lines of the Kurdistan region of Iraq as well as the PKK.

With the national sentiments of the Kurds continue to be strong, Turkey may stumble upon big hurdles in reaching its neo-Ottoman goals.

Written exclusively for NAT by: Nawroz Sinjari and Welat Khalil

Turkey blames Greece of turning the Aegean into a refugee graveyard