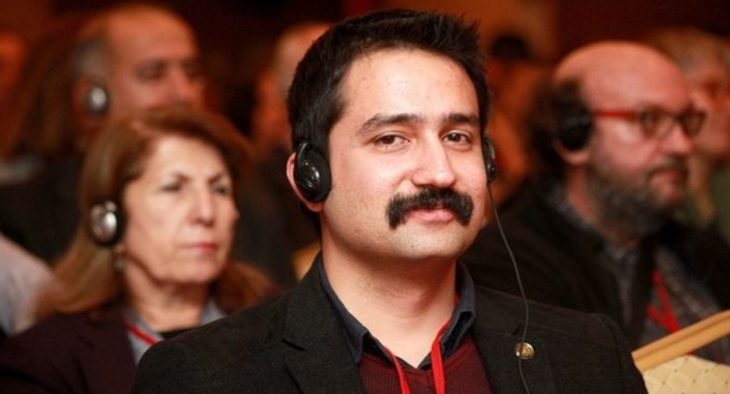 His health had seriously deteriorated after more than 210 days without food in his fight for the right to a fair trial.

Mr Unsal’s release came days after the European Court of Human Rights (ECHR) caused outrage whne it rejected an application for its intervention, claiming that he was not in imminent danger of death.

It insisted that Mr Unsal’s life was not at risk as he had been transferred from prison to hospital.

The People’s Law Bureau announced the decision in a statement as the Morning Star went to print last night.

It said that “those who would not free Ebru have once again shown that they are her murders.”

ECHR president Robert Spano sparked a row as he arrived in Turkey to receive an honorary doctorate from Istanbul University.

Mr Spano was accused of snubbing human-rights and legal organisations and handing a PR coup to authoritarian Turkish President Recep Tayyip Erdogan, who stands accused of a litany of war crimes.

Peoples’ Democratic Party (HDP) spokeswoman Meral Danis Bestas urged Mr Spano to reject the award from a university that has blacklisted hundreds of academics for signing a petition calling for a peaceful resolution to the so-called Kurdish question.

She pointed out that Istanbul University had also given an honorary doctorate to former president Kenan Evren, the leader of the 1980 military coup in which tens of thousands of leftists, trade unionists and others were jailed, tortured and disappeared by Turkish security forces.

Ms Bestas pointed out that there were a number of serious applications from Turkey to the ECHR regarding the rights to life and for a fair trial and the use of torture.

“While you are the president of an international court that will make decisions in these cases, you can’t receive an honorary doctorate from Istanbul University.

“This makes your neutrality strongly disputed. How can we respect your verdicts?

“If the president of the ECHR, which rejected Aytac Unsal’s application yesterday, receives an honorary doctorate, how can we trust that he will give a fair verdict in cases he has?