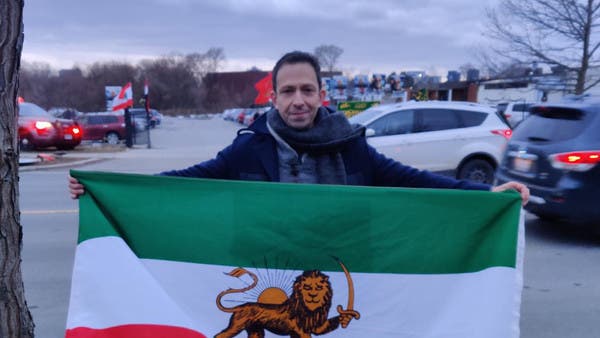 A man who was found murdered on Wednesday at his residence in southern Ontario has been identified as Mehdi Amin, an Iranian dissident, a friend of the victim told Al Arabiya English.

Canadian media reported citing the police that a man in his fifties was found dead Wednesday afternoon at his home in Markham, Ontario, 30 km (18.6 miles) north of Toronto.

York Regional Police (YRP) are treating the man’s death as a homicide and will not release his identity until after a post-mortem examination is complete, the reports said.

Reports then emerged on social media platforms that the victim is Iranian dissident Mehdi Amin.

Ari, a friend of Amin who had known him for around six years, confirmed the reports to Al Arabiya English.

“The Iranian-Canadian community in Toronto is in total shock. And I ask Markham residents or anyone who knows more to come forward and help YRP. Justice needs to be served,” Ari, who asked to be identified only by his first name, said.

“[Amin] was one of the kindest individuals that I had the pleasure of knowing. He was always willing to help those in need and cared deeply about the future of Iran,” he added.

Ari said he had spoken to Amin last week. “He was in good spirits like he always was.”

While the motives behind Amin’s murder are not yet clear, Iran’s long history of targeting dissidents abroad has given rise to suspicions that it may be behind the killing.

In June, an Iranian Kurdish activist survived an assassination attempt after he was stabbed multiple times in the Dutch city of Leeuwarden.

In March, Turkish officials concluded that the Iranian consulate in Istanbul was behind the killing of Iranian dissident Masoud Molavi Vardanjani who was shot dead in the city in November 2019.

“It is too early to say what the motive was, but I have the utmost respect for the YRP and I am confident that they will investigate this horrendous murder and catch those involved,” said Ari.

He added that he was not aware of any threats Amin may have received.

Iranian opposition Mehdi Amin seen in this pic protesting against @JZarif & #IranLobby in DC was murdered in Toronto last night.
Motive for his murder is still under investigation.
#مهدی_امین pic.twitter.com/PFbr3nHgf5

“[Amin] was a staunch defender of human rights in his home country and his only wish was to see a secular and democratic state in Iran. He would always tell me that his biggest wish was to go back to Iran before he dies,” Ari said.

We lost an amazing human being today. #MehdiAmin was assassinated in his home last night.

My god! We were planning to go bicycling next week!

Rest In Peace my friend ? pic.twitter.com/glN33yKXHA

Some Iranians on social media platforms have paid tribute to Amin by sharing images of him at anti-regime protests.

“I last saw him at a protest in Toronto in support of Navid Afkari,” one Twitter user said. Afkari was an Iranian athlete who was executed by the Islamic republic in September.