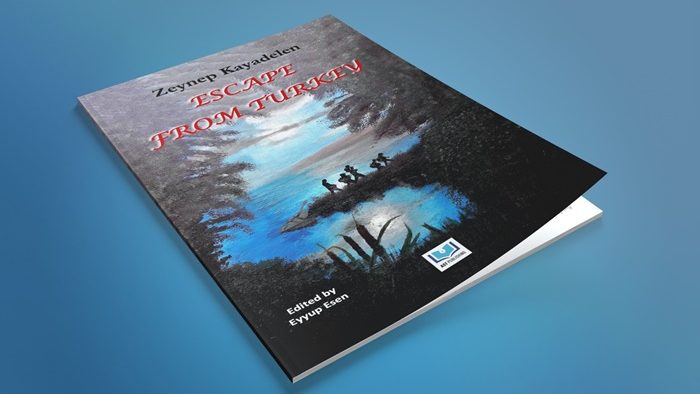 A recently published book titled “Escape from Turkey” tells the first-hand story of two people who were forced to flee the country to avoid a crackdown launched by the Justice and Development Party (AKP) government on Gülen movement members following a failed coup in 2016, local media reported on Monday.

A government crackdown on the faith-based movement inspired by Turkish cleric Fethullah Gülen, also known as the Hizmet Movement, which was launched following corruption investigations implicating then-prime minister and current President Recep Tayyip Erdoğan’s inner circle in late 2013, and culminated in the aftermath of the failed coup in 2016, is still ongoing.

Written by Zeynep Kayadelen and published in English as part of the Archiving Persecution of Hizmet Movement (APH) project conducted by the Advocates of Silenced Turkey (AST), a nonprofit human rights organization, the book focuses on the stories of a scientist and a former lawyer for Bank Asya who are identified in the book as Davut D. And Yakup Y., respectively.

The Gülen movement-affiliated Bank Asya, one of Turkey’s largest commercial banks at the time, was taken over by the state-run Savings Deposit Insurance Fund (TMSF) in May 2015, as part of Erdoğan’s crackdown on the movement. It was declared bankrupt and shut down a week after the abortive putsch on July 15, 2016.

In the book, Davut D., who had worked as an associate professor at a university in Turkey and was fired after the attempted coup, tells in detail why he was declared a terrorist, about his time in prison and how he decided to risk death to leave Turkey.

Davut D. along with his family of three children, his brother-in-law and his cousin left Turkey by boat via the Maritsa River, which constitutes part of the land border between Turkey and Greece and is used frequently by refugees.

“Escape from Turkey” also tells the story of Yakup Y., a successful lawyer who launched his own law firm after working as an expert in several ministries and was managing the international legal affairs of various companies before the coup attempt.

The book highlights the fact that Turkey lost educated people such as Davut D. and Yakup Y. overnight because the AKP government labeled them as terrorists over their links to the Gülen movement after the abortive putsch.

Dismissing the December 17-25, 2013 investigations as a Gülenist coup and conspiracy against his government, Erdoğan designated the movement as a terrorist organization and began to target its members. He locked up thousands including many prosecutors, judges and police officers involved in the investigation as well as journalists who reported on them.

He intensified the crackdown on the movement following the coup attempt in 2016 that he accused Gülen of masterminding. Gülen and the movement strongly deny involvement in the abortive putsch or any terrorist activity.

Following the abortive putsch, the Turkish government declared a state of emergency and carried out a massive crackdown, removing more than 130,000 civil servants from their jobs on alleged links to Gülen. In addition to the thousands who were jailed, scores of other Gülen movement followers had to flee Turkey to avoid the government crackdown.

The Turkish government accepted such daily activities as having an account at or depositing money in a Gülen movement-affiliated bank, working at any institutions linked to the movement or subscribing to certain newspapers and magazines as benchmarks for identifying and arresting tens of thousands of alleged members of the movement on charges of membership in a terrorist organization.