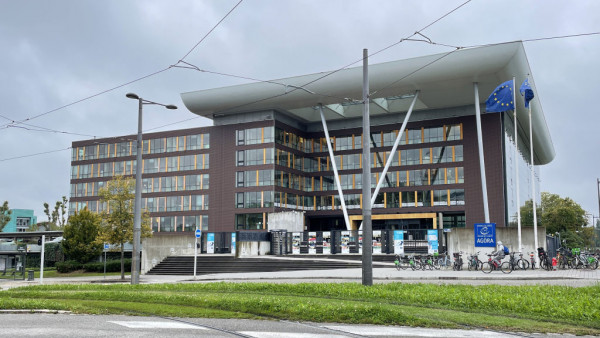 The Council of Europe has only begun this type of action once before. It did so against Azerbaijan in 2017 over its refusal to release a dissident.

The Council of Europe (CoE) said on Friday it will launch disciplinary action against Turkey for refusing to free prominent activist and philanthropist Osman Kavala, triggering a procedure used only once before in the organisation’s history.

The pan-European rights body’s committee of ministers agreed the move over Turkey’s repeated refusal to comply with a 2019 ruling by the European Court of Human Rights to release Kavala from prison, it said in a statement.

It comes as concern grows over rights abuses in Turkey, particularly after the failed 2016 coup, under President Recep Tayyip Erdogan, who has repeatedly personally targeted Kavala in speeches.

“By failing to ensure the applicant’s immediate release, the committee considers that Turkey is refusing to abide by the court’s final judgement in this case,” the CoE said in a statement.

The Turkish foreign ministry had urged the CoE on Thursday not to begin the action “out of respect for the ongoing judicial process,” warning that the procedure would be “interference” in its domestic affairs.

This is only the second time the CoE has used its so-called infringement proceedings against one of its 47 member states, the first occasion being a 2017 action against Azerbaijan over its refusal to release a dissident.

The procedure had been created in 2010 to ensure full compliance with ECHR rulings, which are legally binding for member states and not advisory.

The committee of ministers is responsible for overseeing the implementation of verdicts from the court.

Turkey, which joined the CoE in 1950, is like all member states obliged to abide by the European Convention on Human Rights, which the ECHR oversees.

The US, Germany, Canada, Denmark, Finland, France, the Netherlands, New Zealand, Norway and Sweden called for a “just and speedy resolution to (Kavala’s) case” https://t.co/RVN90LyiTt

The decision by the committee of ministers, which required a two-thirds majority, now puts Turkey under formal notice that its failure to release Kavala will be referred back to the ECHR.

The ECHR will then decide whether Turkey’s non-implementation of its ruling is a further violation of the rights convention.

Turkey has a deadline to respond by 19 January, after which the committee would refer the case back to the ECHR at its next meeting on 2 February. The next hearing in Kavala’s case in Istanbul is scheduled for 17 January.

The CoE’s statute allows for the suspension of a member state’s voting rights at the committee of ministers, or even expulsion as an ultimate sanction. However the process is still far from reaching this stage and the mechanism exists to resolve such disputes.