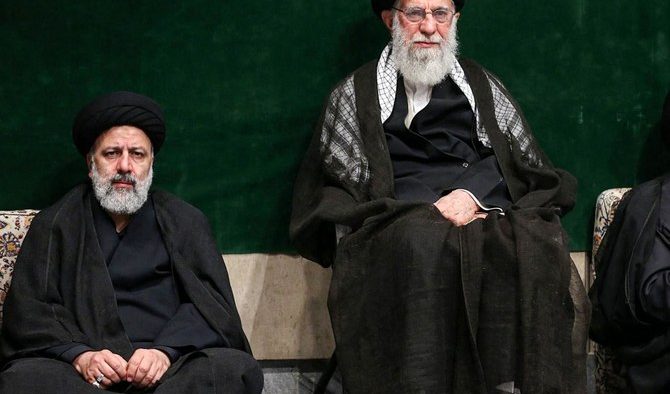 The suppression of Sunnis in Iran is likely to increase under the hard-line administration of President Ebrahim Raisi.
Raisi, who came to power last August, has filled his Cabinet with members of the institutions that are key in cracking down on the Sunnis, such as the Islamic Revolutionary Guard Corps and the Ministry of Intelligence. And the Iranian regime last year passed two alarming amendments to Articles 499 and 500 of its Penal Code, making it easier for the authorities to discriminate against minorities.
The Sunnis are the largest religious minority in Iran, with many belonging to the Arab, Balochi, Turkmen or Kurdish ethnic groups. According to the UN’s special rapporteur for human rights in Iran, the country’s Sunnis have long raised serious concerns that the “authorities do not appoint or employ them in high-ranking government positions, such as Cabinet-level ministers or governors. They have also raised concerns regarding reported restrictions on the construction of Sunni mosques in Shiite-majority areas, including the capital Tehran, and the execution or imminent execution of Sunni activists the government alleges were involved in terrorist-related activities.”
The Iranian regime generally views the country’s Sunni minority and religious leaders through the lens of suspicion and regards them as an opposition group or outsiders.
In addition, since one of the major revolutionary and religious principles of Iran’s ruling clerics is to export Shiite ideology, non-Shiite groups are generally considered rivals, conspirators or threats to achieving the regime’s ideological goals.
As a result, it should not come as a surprise that, even though Sunnis make up about 10 percent of Iran’s population, no Sunni has been appointed to a high-level government position since the establishment of the regime in 1979.
Instead, the Iranian regime most likely utilizes the Ministry of Intelligence, the Basij and the judiciary to intimidate and control the country’s Sunnis. And the Sunnis have not been successful in invoking the Iranian Constitution, which guarantees rights to Islamic traditions other than Shiite. Article 12 stipulates: “Other Islamic schools, including the Hanafi, Shafi’i, Maliki, Hanbali and Zaydi, are to be accorded full respect and their followers are free to act in accordance with their own jurisprudence in performing their religious rites. These schools enjoy official status in matters pertaining to religious education, affairs of personal status (marriage, divorce, inheritance and wills) and related litigation in courts of law.”
This is due to the lack of fairness and due process in Iran’s judicial system, as well as the regime’s trumped-up and ambiguous charges against many Sunnis. The constitutional articles that guarantee the rights of Sunnis appear to be only a facade to delude the international community into believing that the Iranian leaders respect religious freedoms and the human rights of all groups, irrespective of their ethnic or religious backgrounds.
Even under so-called moderate administrations, the rights of the Sunnis and their leaders have not improved. According to the latest report by the US Commission on International Religious Freedom: “Iran’s persecution of Sunni Muslims also continued in 2021. On New Year’s Eve 2020, the government executed three Sunni Muslim political prisoners at Vakilabad prison without notifying their families beforehand. In January, it demolished the foundations of a Sunni mosque in Iranshahr, and also reportedly halted the construction of two new Sunni mosques in the region. In March, authorities arrested a Sunni author and translator and sent him to Zahedan prison. That same month, the Urmia Revolutionary Court sentenced a Sunni Muslim man to three years in prison on the charge of membership in a Salafi group.”

Unfortunately, the regime feels no pressure to reform its repressive judicial system or its discriminatory policies against the Sunnis. Meanwhile, America’s Biden administration seems to be focused only on negotiating a new nuclear deal with Iran and the European powers continue to appease the regime.
In a nutshell, Raisi’s hard-line administration is likely to ratchet up the country’s crackdown on its largest religious minority. Iran’s Sunnis have the right to exercise their religious faith and it is incumbent on human rights groups and the international community to pressure the Iranian regime into halting its policies of intimidation, persecution and harassment. If Western powers such as the US and EU truly stand for freedom of religion, social justice, liberty and democracy, they should not view Iran solely through the lens of the nuclear deal. Instead, they must place the Tehran regime’s suppression of the Sunni minority at the top of their agenda.