On World Refugee Day, Ukraine is but the tip of an iceberg

On World Refugee Day, Ukraine is but the tip of an iceberg

According to the United Nations Refugee Agency UNHCR, more than 100 million men, women and children are currently displaced as countries mark World Refugee Day this June 20. The day is being observed in a variety locations around the globe.

In many places, events include cultural performances and exhibitions, as well as celebrity visits to refugee centers to draw attention to the plight of those forced to flee their homes due to violence and persecution.

Speaking with DW, UNHCR Spokesman Matthew Saltmarsh said, “Our overriding message for this World Refugee Day … is that everyone has the right to claim asylum no matter where they are, no matter what they do, no matter how they travel or move.”

Saltmarsh addressed the current refugee crisis in Ukraine, saying, “There has been a huge outpouring of compassion and support for Ukrainian refugees … That’s been really positive and we welcome that.”

Nevertheless, Saltmarsh warned that a concentration of efforts focused on Ukrainian refugees could sap resources needed for refugee crises in other regions around the world, citing Africa, the Middle East, and Central and South America.

Though he noted broad support in Europe for the roughly 8.3 million Ukrainians that have been forced to flee their country since it was invaded by neighboring Russia on February 24, he voiced concern that such support could wane as the conflict drags on.

As dire as the situation for Ukrainian refugees is, they have been more favorably welcomed in Europe than other groups, such as those from Syria, Afghanistan and Africa. Globally, the UNHCR spokesman said, “We’ve seen examples in the past in Europe, but also in other regions, of refugees not being given that access to asylum.”

Saltmarsh told DW that governments need to do more to ensure that paths to asylum remain open.

Still, as many focused on the current situation in Ukraine, other refugee groups remain in grave danger, trapped in unresolved situations with little hope of being able to return to their homes. 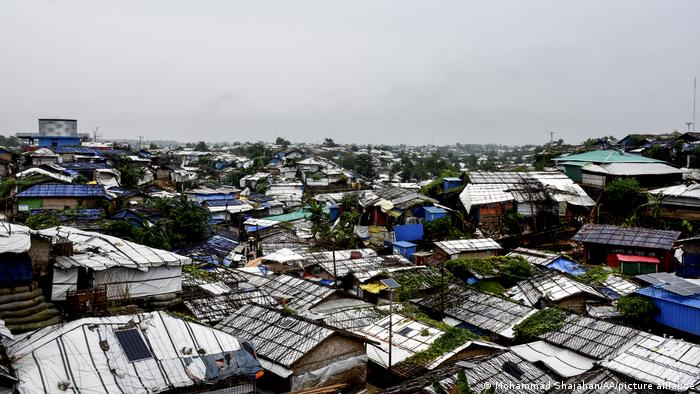 In refugee camps around Bangladesh, thousands of Rohingya Muslim protesters demanded repatriation to their Myanmar homeland with recognition of their ethnicity and full citizenship rights. More than 1 million Rohingya were forced to flee their homes after suffering violent attacks in Buddhist-majority Myanmar.

Unknown numbers of Rohingya were tortured and killed during the 2017 ethnic violence that left most of their homes in Myanmar’s northern Rakhine state destroyed.

Protests were held in 29 of Bangladesh’s 34 squalid refugee camps. “As survivors of genocide in Myanmar, we are thankful to Bangladesh for sheltering us. Now, we want to return to our homeland, we don’t want to live as refugees,” said Rohingya community leader Noor Muhammad as he addressed fellow refugees at the Kutupalong Camp. 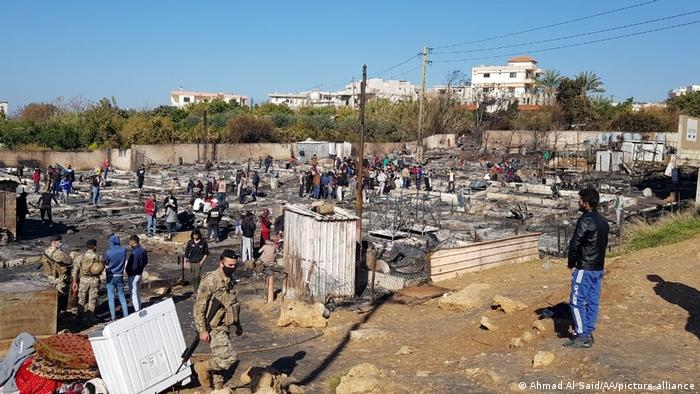 The precarious fate of refugees in Lebanon was also highlighted Monday, as Lebanese Prime Minister Najib Mikati said his country was prepared to expel Syrian refugees if they were not repatriated.

“Eleven years after the start of the Syrian crisis, Lebanon no longer has the capacity to bear this burden, especially under the current circumstances,” Mikati said. “I call on the international community to work with Lebanon to secure the return of Syrian refugees to their country, or else Lebanon will … work to get Syrians out through legal means and the firm application of Lebanese law.”

Lebanon, which is experiencing a devastating and prolonged economic crisis, has the highest proportion of refugees to population in the world, with Syrians currently making up nearly a quarter of the country’s 6 million residents.

Rights groups have voiced grave concern over plans to send Syrians back to their home country, which remains locked in an unending civil war, saying refugees face potential arrest, torture and killing should they return.

Beirut on Monday requested $3.2 billion (€3 billion) in UN aid to help it deal with the years-long Syrian refugee crisis.

The United Kingdom on Monday announced its intention to carry through with a controversial plan to deport asylum-seekers in the country to Rwanda in East Africa.

Home Secretary Priti Patel said that legal challenges, such as a last-minute European Court of Human Rights (ECHR) injunction, would not deter the UK from its intended plan — which the UNHCR has called “catastrophic.”

The UK joins countries such as Australia and Denmark in its offshoring of refugees. Israel had a similar scheme in which it expelled some 20,000 mainly Sudanese and Eritrean refugees between 2014 and 2019, when the program was discontinued.

The EU is more discreet in keeping refugees arriving from Africa at bay, preferring to forge contracts with countries such as Turkey and Libya to keep refugees in the Mediterranean from reaching its shores while at the same time helping finance UN refugee centers on the African continent.