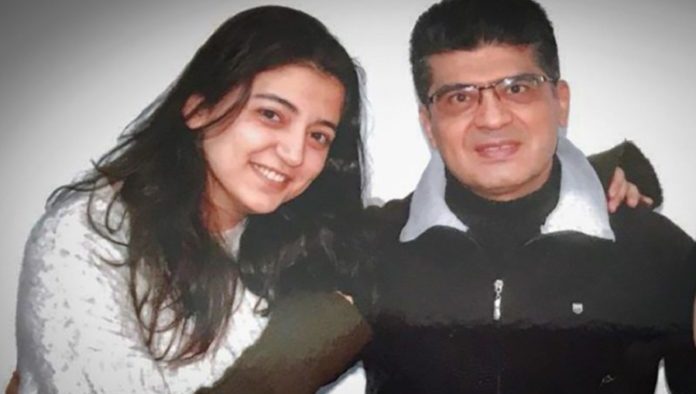 A letter written by imprisoned former judge Hüsamettin Uğur to an opposition lawmaker about poor prison conditions and ill-treatment was confiscated by an administrative board in a Turkish prison on the grounds that it was “inappropriate,” resulting in the imposition of a disciplinary punishment on the judge, his lawyer revealed on Twitter.

Uğur, a former member of Turkey’s Supreme Court of Appeals, was purged from his job after a failed coup on July 15, 2016. He was later arrested and sentenced to 10 years, six months in prison in February 2019 for alleged links to the Gülen movement.

Uğur is being held in Afyonkarahisar Prison.

The Gülen movement is accused by the Turkish government and President Recep Tayyip Erdoğan of masterminding the coup attempt in 2016 and is labeled a “terrorist organization,” although the movement denies involvement in the coup attempt or any terrorist activity.

Following the failed coup, the Turkish government declared a state of emergency and carried out a massive purge of state institutions under the pretext of an anti-coup fight.

More than 130,000 public servants, including 4,156 judges and prosecutors, as well as 29,444 members of the armed forces were summarily removed from their jobs for alleged membership in or relationships with “terrorist organizations” by emergency decree-laws subject to neither judicial nor parliamentary scrutiny.

Nalan Dilara Uğur, the judge’s lawyer and daughter, said, “My father and current client Hüsamettin Uğur wrote a four-page letter to Peoples’ Democratic Party [HDP] deputy Ömer Faruk Gergerlioğlu from Afyonkarahisar Prison, of which the prison committee claimed one page was inappropriate. The letter was confiscated by the committee, and he was punished for it.”

Gergerlioğlu, who learned of the incident through Uğur’s lawyer, said in a parliamentary meeting that Ministry of Justice officials are unhappy that inmates imprisoned for a variety of reasons want to reach him to make their voices heard. “Despite all these obstacles, we will continue to highlight rights violations in prisons,” he added.

Gergerlioğlu’s microphone was cut off before he could finish his speech.

After the abortive putsch in 2016, ill-treatment and right violations became widespread and systematic in Turkish detention centers. Lack of condemnation from higher officials and a readiness to cover up allegations rather than investigate them have resulted in widespread impunity for the security forces.

An annual report by Amnesty International (AI) on the state of human rights in the world revealed that serious and credible allegations of torture and other ill-treatment were made in Turkey last year.

In its annual human rights report on Turkey, the US Department of State listed credible reports of arbitrary killings, suspicious deaths of persons in custody, forced disappearances, torture, arbitrary arrest and the continued detention of tens of thousands of persons for purported ties to “terrorist” groups or peaceful legitimate speech as being among the significant human rights issues in the country.