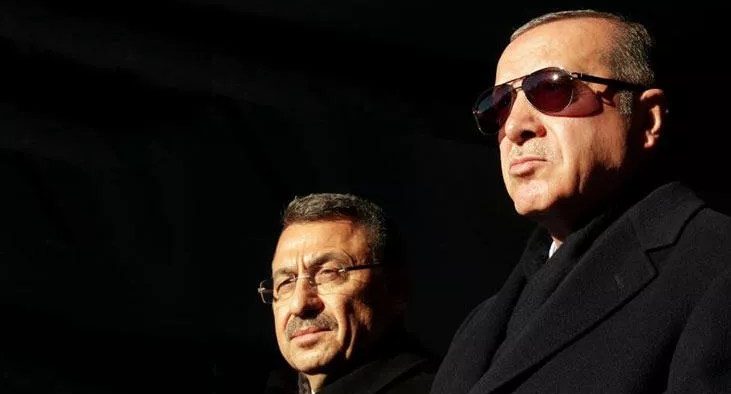 Vice President Fuat Oktay said in a speech in parliament that more than 100 people with alleged links to the faith-based Gülen movement, have been forcibly returned to Turkey by the country’s National Intelligence Organization (MİT) thanks to “intelligence diplomacy,” Bold Medya reported.

According to Oktay, Turkish agents have conducted “diplomacy” with their counterparts in countries where Turkish nationals were abducted.

Since the coup attempt in July 2016 the government of President Recep Tayyip Erdoğan has employed extralegal methods to secure the return of its critics after its official extradition requests have been denied.

Turkey’s efforts at transnational repression against critics abroad do not seem to be winding down. Most recently, Uğur Demirok, a Turkish businessman who went missing in Azerbaijan on September 6, was abducted and illegally brought to Turkey by MİT.

Erdoğan has been targeting followers of the Gülen movement, inspired by Turkish Muslim cleric Fethullah Gülen, since the corruption investigations of December 17-25, 2013, which implicated then-prime minister Erdoğan, his family members and his inner circle.

Dismissing the investigations as a Gülenist coup and conspiracy against his government, Erdoğan designated the movement as a terrorist organization and began to target its members. He intensified the crackdown on the movement following an abortive putsch in 2016 that he accused Gülen of masterminding. Gülen and the movement strongly deny involvement in the coup attempt or any terrorist activity.

The government’s campaign has mostly relied on renditions, in which the government and its intelligence agency MİT persuade the relevant states to hand over individuals without due process, using various methods. The victims have faced a number of human rights violations including arbitrary arrests, house raids, torture and ill-treatment during these operations.

An SCF report, released in October, 2021 and titled “Turkey’s Transnational Repression: Abduction, Rendition and Forcible Return of Erdoğan Critics,” focused on how the Turkish government under President Erdoğan has used extrajudicial and illegal methods for the forcible transfer to Turkey of its citizens abroad.

In several of these cases the UN Working Group on Arbitrary Detention (WGAD) concluded that the arrest, detention and forced transfer to Turkey of Turkish nationals were arbitrary and in violation of international human rights norms and standards.