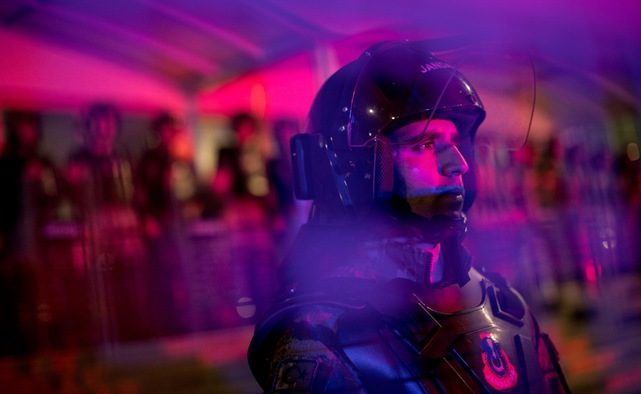 This statement was originally published on ipi.media on 13 February 2019.

A total of 47 MEPs and 14 press freedom and free expression organizations led by the International Press Institute (IPI) and Green MEP Rebecca Harms have joined a resolution underscoring the lack of effective domestic legal remedies for journalists targeted in Turkey’s media crackdown.

The resolution follows a roundtable held under Chatham House Rules on January 29, 2019, at the European Parliament on “Turkey: The Myth of Domestic Legal Remedy”. Organized by IPI and Harms, the event was attended by MEPs, representatives of the European Commission, the Council of Europe, the European Court of Human Rights and representatives of human rights NGOs as well as journalists and legal experts from Turkey. The roundtable examined the lack of independence and impartiality of Turkey’s judiciary and the failure of Europe-wide institutions to acknowledge to inability of Turkish courts to provide an effective remedy for rights violations.

IPI research shows that over 150 journalists in Turkey remain behind bars, many of whom have suffered egregious violations of their right to a fair trial.

The resolution calls on Turkey to uphold domestic and international guarantees for freedom of expression and personal liberty and security as well as basic rights of defendants in criminal proceedings, including to the presumption of innocence, to appear physically before a judge in a timely manner and to receive a fair hearing conducted by an independent and impartial judicial panel. It also urges Turkey to free all journalists held due to their work.

“This resolution, which is supported by numerous MEPs and which highlights the severe challenges that Turkey’s journalists face in exercising and defending their basic rights, comes at a crucial time. We invite Turkey to act upon these recommendations so as to restore press freedom and respect the principles of freedom of expression and the right to disseminate the news.”

MEP Harms added: “I very much welcome this joint resolution supported by 14 press freedom and free expression organisations and 47 MEPs. From my very own experiences in closely following the developments in Turkey and monitoring personally several trials against journalists in Turkish courts, I can confirm the findings of this resolution about the failure of Turkey’s judiciary. I strongly urge the Turkish authorities to take our recommendations seriously, to reinstate rule of law and freedom of expression and to immediately release all journalists from prison.”

The lack of visible improvements in freedom of the media in Turkey since the state of emergency was lifted on 18 July 2018 is of great concern. The mass arrests, detention and sentencing of Turkey’s journalists continue to be used as methods to stifle dissenting voices across society.

According to data from the International Press Institute (IPI), 155 journalists and media executives were in prison as of 29 January 2019. This figure makes Turkey the country with the highest number of imprisoned journalists in the world.

Points of concern to the signatories of this resolution are, among others:

• the lack of independence and impartiality of the judiciary in Turkey;
• the lack of a speedy recourse to justice both domestically and before the European Court of Human Rights;
• the practice in Turkey of criminalizing journalism by committing journalists to lengthy pretrial detention;
• the slow production of indictments in journalist cases in Turkey and the use of journalistic material as evidence to convict journalists; and
• the failure of public prosecutors in Turkey to exhaustively prove the legal criteria in place to establish the charge of “membership of a terrorist organization” in the case of journalists.

To the Government of Turkey:

1. Turkey must fulfil its obligations under national and international law to protect journalists’ rights

• to liberty and security;
• to freedom of expression;
• to the right to receive and disseminate the news; and
• to a fair trial including:

– the presumption of innocence;
– the right to appear physically before a judge in a timely manner; and
– the right to receive a fair hearing within a reasonable timeframe, conducted by an independent and impartial judicial panel.

2. The judiciary in Turkey must require public prosecutors to produce indictments in a timely manner, especially in cases where the defendant is held in pretrial detention. Evidence in indictments against journalists must be required to be proven beyond reasonable doubt of criminal activity.

3. Turkey must release all journalists held in pretrial detention in whose cases journalistic evidence is cited as proof of criminal activity.

4. All journalists imprisoned on unsubstantiated allegations or as a result of the practice of journalism should be immediately freed.

5. The Turkish judiciary should take all steps to fulfil its obligation to ensure that rulings in freedom of expression cases are in line with decisions by the European Court of Human Rights and relevant international standards, especially as regards the right to personal freedom and the right to a fair trial.

6. Turkey must ensure that journalists’ right to freedom of expression; their right to engage in critical, well-founded reporting in the public interest; and their right to disseminate the news are protected in order to restore the plurality of voices and alternative news sources for the people of Turkey.

8. Turkey must fulfil its responsibility to provide journalists with the personal security to which they are entitled under the constitution and allow them to carry out their work without fear of arbitrary arrest or detention, and must condemn any threats to journalists’ safety expressed in public by officers of the state or private persons.

9. The Reform Action Group formed of ministers of state in Turkey is invited to act upon these recommendations as they undertake the impending reform of Turkey’s judiciary.

10. European institutions and decision-makers should reinforce these recommendations in their discussions with Turkish ministers in 2019.

NGOs and other signatories: