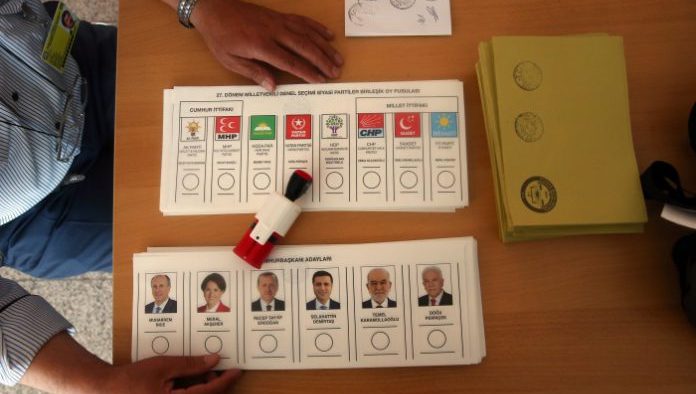 Turkish citizens who refuse to accept election brochures from the ruling Justice and Development Party (AKP) for the upcoming local elections are being blacklisted, according to a report on the Birgün news website on Monday.

Birgün uploaded video footage shot by a resident of İstanbul’s Esenyurt district. In the video, the conversation between an AKP brochure distributer and an Esenyurt resident is heard.

The AKP brochure distributer knocks on the door of the resident and says she has brought the greetings of AKP leader and President Recep Tayyip Erdoğan while handing out the election brochures. The other woman, the homeowner, is heard saying she does not accept the greetings of Erdoğan.

In response, the AKP woman asks the homeowner for her name and surname. The woman refuses to give her name, accusing the woman of trying to blacklist her for not being a supporter of the AKP and Erdoğan.