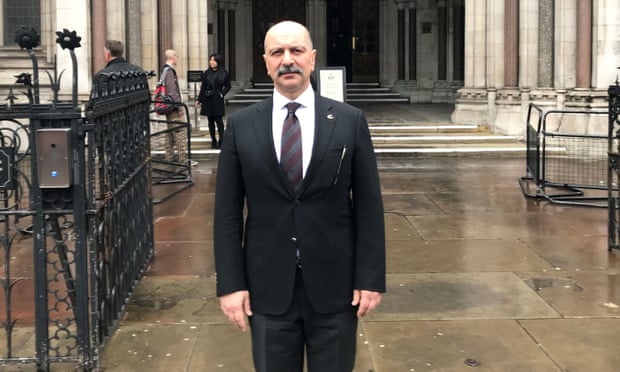 Turkey has failed in a final attempt to extradite a dispossessed media proprietor to Ankara to face financial charges allegedly related to the 2016 failed military coup.

The high court in London upheld a ruling that the case against Hamdi Akın İpek, whose newspapers and TV stations have been confiscated by Turkish officials for criticising President Recep Tayyip Erdoğan’s regime, was politically motivated.

İpek, who has lived in Britain since 2015, was arrested last year when the Turkish government began extradition proceedings against him and several other expatriate Turkish citizens.

The charges, presented by lawyers for the Crown Prosecution Service on behalf of the Turkish government, alleged that he had links to those behind the 2016 failed coup, which it alleged was coordinated by people associated with the so-called Gülenist movement. İpek has repeatedly denied any involvementt.

Although Turkey is a fellow member of the Council of Europe and Nato, there has been criticism of the UK government for formally certifying the extradition given Turkey’s recent human rights record under Erdoğan. Under UK law since the case against the Chilean dictator Augusto Pinochet, however, ministers’ agreement to extradition requests has been deemed to be largely a matter of a formal certification.

British courts have repeatedly rejected recent Turkish extradition requests on the grounds that prison conditions are unsafe. Lawyers have also argued that defendants would have no chance of a fair trial given repeated purges of judges.

In November a judge sitting at Westminster magistrates court dismissed the extradition request for İpek as a “politically motivated prosecution”.

In the high court on Tuesday, Mrs Justice Elisabeth Laing upheld that ruling and dismissed the Turkish government’s appeal. She discharged İpek, along with Ali Çelik and Talip Büyük, from the extradition request.

Expressing relief afterwards, İpek, the chairman of the Koza-İpek Group and Koza Ltd, said: “I have always had faith that the British justice system would expose the truth behind this politically motivated extradition request.

“Given the unequivocal nature of the original judgment, I was surprised and disappointed by the government of Turkey’s decision to appeal, which only serves to underline that they have no respect for the rule of law and are acting out of politically motivated malice.”

He added: “While this extradition battle is now thankfully over, the Turkish government continues to wage a campaign of harassment and intimidation against me, my family, and my employees, and I will continue to fight them with everything I have to regain control of my businesses and free my brother, Tekin, who has been in prison for more than three years on baseless grounds and with no access to justice.

“The rule of law in Turkey has collapsed, and the world must wake up to the fact that the human rights abuses taking place there are unacceptable for any civilised country.”

Michael Drury, a partner at BCL Solicitors who represented İpek, said: “It is to be hoped that the Turkish administration will stop pursuing plainly political cases and take steps to bring back the rule of law to the Turkish criminal justice system, which has been all but lost.

“It is also to be hoped that the British government will now bring its influence to bear on the Turkish government to prevent abuses: it can do that immediately by refusing to certify extradition requests from Turkey where those requested are to be the subject of political prosecutions and trials, and are at real risk of mistreatment.”

What if Turkey squeezed the London lira market to death?
NAT 9th April 2019