In Turkey, They Were Doctors and Professors. Now They Sell Used Cars in Lemay

In Turkey, They Were Doctors and Professors. Now They Sell Used Cars in Lemay

Omer Ozyurt power-washing a car on his dealership’s lot. He says that tax refund season has been particularly good for business.

When I catch up with Akif Guney it’s about 9:30 in the morning and he’s walking a sprawling lot of used cars in search of a few low-priced ones he can resell with minimal repair at maximum profit. He’s got his eye out for Corollas, Camrys and Altimas. Red ones, in particular. Those have been selling well.

Less than a year ago, before he was a refugee, Guney practiced medicine. He kneels at the back bumper of a Subaru Impreza, one that’s mostly red, and gives it a physical.

“This panel is after market,” he says. “Not the original part. The color is a little off and you can see they had some trouble installing it.”

Unless you work in the car business, you’ve likely never heard of Manheim Auto Auction in Bridgeton. But there’s a decent chance your car at some point passed through it. Every Tuesday about 2,000 cars are purchased here, most by dealers who resell them on lots throughout the region. The auction starts around 11 a.m., and Guney has been here since daybreak, walking the rows and rows of vehicles and test driving the occasional one that looks promising. My phone says the temperature is a few degrees above freezing, though the consistent gusts of wind make it feel much colder. You should put your hood up, Guney tells me. Where’s your hat?

A little while later we’re test-driving a Camry on a small track adjacent to the lot.

I ask Guney if there are any similarities between diagnosing people and diagnosing cars. He says there are a few key differences: psychology, neurosis. Cars don’t have these things.

“I worked as a primary care physician for six years,” he says. “And for many of the patients who came to see me … my job was often trying to help them realize they weren’t actually sick.”

The Camry’s transmission is in solid shape, Guney says. The ball joints are good.

“This time last year, how much did you know about cars?” I ask.

“Probably less than you.” 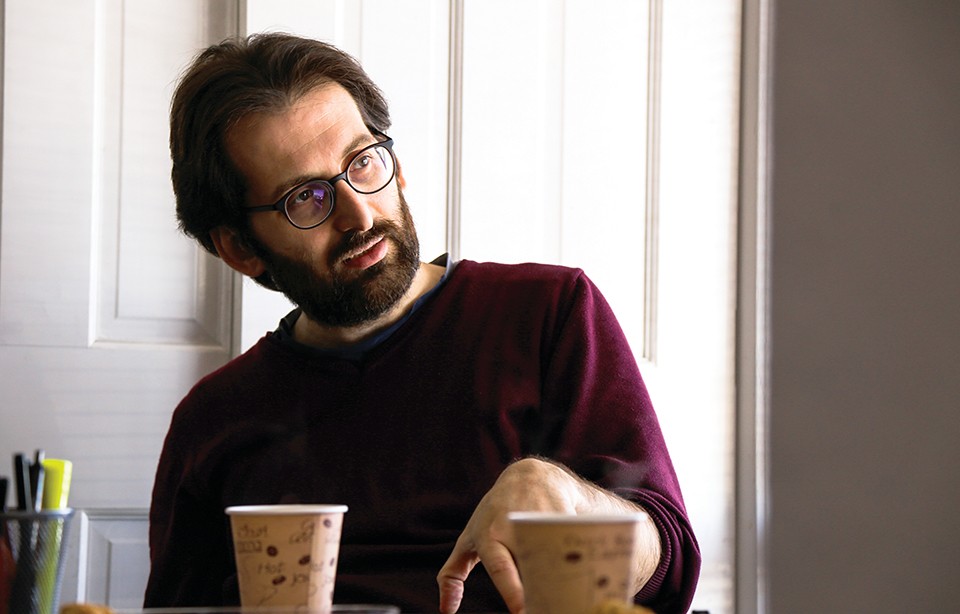 Both men are Turkish, recent arrivals to the United States. They’re here because they’re members of the Fethullah Gülen movement, which to put it mildly has fallen out of favor with the Turkish government.

The Gülen movement is hard to classify. Its members are moderate Muslims, friendly to the West, who put a lot of emphasis on public service and collaboration with other religions. Some scholars call the Gülen a subsect of Islam. Gülenists themselves say they’re a social movement rather than a religious one. It’s estimated there are around 5 million Gülenists in Turkey, and they tend to be well-educated members of the country’s middle and upper classes. The group has started schools all over the world, including the two Gateway Science Academy charter schools here in St. Louis. The movement is named after its founder, Fethullah Gülen, who was born in Turkey but has been living in Pennsylvania since the late 1990s.

In 2016, members of the Turkish military attempted to overthrow President Recep Tayyip Erdogan. The coup failed, and afterward Erdogan made the Gülen into a national boogeyman. Under the auspices of protecting the country from the Gülen, the increasingly authoritarian Erdogan shut down more than a dozen universities and shuttered 200 media outlets. According to PEN America, Turkey now leads the world in the number of imprisoned journalists. While some number of the military officers involved in the attempted coup were likely Gülenists, Erdogan in his retribution has painted every Gülenist all over the world as public enemy number one.

Scholars and academics may quibble about how to classify the Fethullah Gülen, but pretty much all reasonable watchers of international politics agree that Erdogan is power hungry, paranoid and increasingly autocratic. He’s imprisoned more than 70,000 people deemed responsible for the coup and, perhaps most bizarrely, attempted to extradite back to Turkey Enes Kanter, the all-star center for the NBA’s Portland Trail Blazers. Kanter is Turkish and a Gülenist. Erdogan claimed the professional basketball player laundered money, wiretapped people and supported terrorism.

Erdogan’s government tried to have Guney returned to Turkey, too.

In 2016 Guney, who holds an M.D. and did his residency in medical microbiology, was working as a general physician at a hospital in Abuja, Nigeria. His wife Mehtap was finishing her own medical residency back in Turkey, and when the two talked she always had news of their home country taking turns for the worse. State-controlled media emitted a steady stream of anti-Gülen messaging. The propaganda found particular purchase in rural areas of the country, but all over friends were turning against friends, family members against family members. Mehtap postponed her residency and moved to Nigeria, along with the couple’s young daughter.

But after the failed coup against Erdogan, the Guneys’ life in Nigeria became increasingly uncertain. Erdogan’s government incentivized African countries to deport back to Turkey any Gülen Turks living within their borders. Nigeria resisted, but Akif Guney worried that might change. So the couple immigrated to the United States, originally settling in Philadelphia but soon moving to St. Louis because his cousin lived here and had bragged about lower cost of living.

In St. Louis, Guney met Ozyurt, a former professor of history in Turkey who himself had just resettled in the U.S. The two of them along with several other Turkish refugees have been selling cars in Lemay since.

That chilly morning in Bridgeton, Guney meets up with Ozyurt and lets him know about the Camry we test drove and a few other cars up for auction that seem like smart buys.

Around 11 a.m., a dozen or so auctions begin simultaneously, each one run by its own fast-talking mic’d-up auctioneer. Two thousand individual sales in the course of a few hours means that things happen very quickly. A steady stream of cars pull slowly into a giant garage, get bid on almost immediately, and then pull out. Rarely does a car remain on the auction block for more than 30 seconds. The atmosphere is noisy and chaotic.

The Camry rolls onto the block. Ozyurt bids on and eventually buys it for around two grand.

“How much of him do you understand?” Guney asks me, pointing to the auctioneer facilitating this particular auction.

“Maybe every tenth word,” I say.

“I can understand nothing,” he says, laughing.