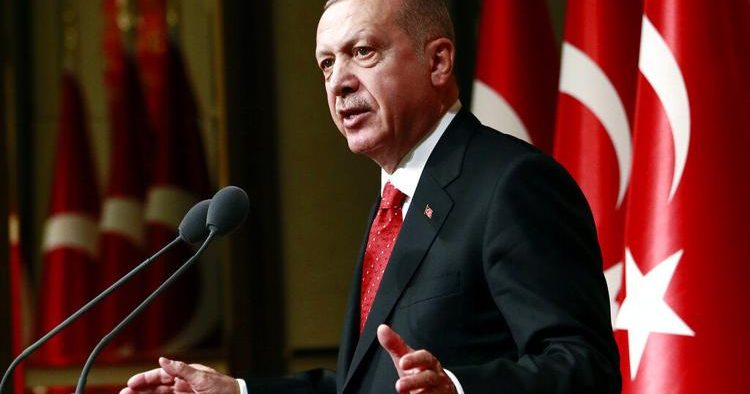 Turkey faces a momentous choice this summer between an unreliable alliance with Russia or continuing membership in NATO with the United States. Turkey’s appalling autocratic President Reccep Tayyip Erdogan, having agreed to buy a major Russian weapons system dangerous to NATO interests, unwisely is likely to stick to his chosen path.

Perhaps he has been counting on the crisis being temporary, with only pro-forma complaints from NATO and no real consequences. If so, he will be disappointed and the consequences will be harsh. They may even mean the ejection of Turkey from the Atlantic Alliance, and perhaps the end of Mr. Erdogan’s constitutional rule.

As the chairmen and ranking minority members of the U.S. Senate Committees on the Armed Services and Foreign Relations declared in April, U.S. law will require President Donald Trump to impose economic sanctions on Turkey. The president may have the authority to waive the sanctions during negotiations with Turkey, but President Trump has shown a readiness to take action when negotiations fail.

In addition to sanctions that would have a powerful effect on a failing Turkish economy, a Turkish decision to go through with the purchase of Russian S-400 anti-aircraft system would cause Congress and the Defense Department to terminate Turkish participation in the F-35 fighter program. “No F-35 fighters will reach Turkish soil,” in the words of Senate Armed Services Chairman Jim Inhofe, R-Okla.; ranking member Jack Reed, D-R.I.; Senate Foreign Relations Committee Chairman Jim Risch, R-Idaho; and ranking member Bob Menendez, D-N.J. This decision reflects concern that Russia will be able to gain critical intelligence about the aircraft’s electronic measures for defeating air defenses.

Turkey was planning to be a repair and manufacturing hub for the European NATO members in the F-35 program, and has invested $1.25 billion in preparation for that role. If President Erdogan goes through with the Russian S-400 purchase, that investment will be lost, and he will have to find a replacement for the 100 F-35s Turkey was planning to buy to upgrade its air force.

As disappointing as that will be for Turkish hopes to build a modern defense industry, the economic effects of sanctions may be disastrous to the Turkish economy and highly damaging to President Erdogan’s popularity.

If foreign investment were still flooding into Turkey as it did a decade ago the sanctions might cause only temporary distress. But foreign capital grew cautious as Mr. Erdogan slowly but surely undermined Turkish democracy and the rule of law, and Turkey turned to cheap credit to sustain the government and economy. Now, according to the Financial Times, it faces $200 billion in foreign debts this year and next with only $13 billion of hard currency in its Treasury. The Turkish lira has taken a beating in the face of 30 percent inflation.

This has already eroded President Erdogan’s public support. Despite a government spending boom designed to lift the economy before March 31 municipal elections, the president’s party lost control of Istanbul and several other cities in a campaign marred by unproven accusations against opposition candidates and government spending in support of his favored candidates.

In a disturbing demonstration of the power he wields, Mr. Erdogan persuaded the national election authorities to override the March 31 results for Istanbul and other cities. A new election will be held June 23, but polls suggest the outcome will still be against the president.

Things will be even worse if he carries out the plan to install the Russian missile system. The resulting sanctions could shake Turkey and Turkish politics. But stiff-necked Mr. Erdogan, a bully who unleashed his rough Turkish security detail on peaceful protesters during a recent visit to Washington, seems unlikely to change. Unless it makes the right decisions this summer, Turkey may well be lost as an ally.