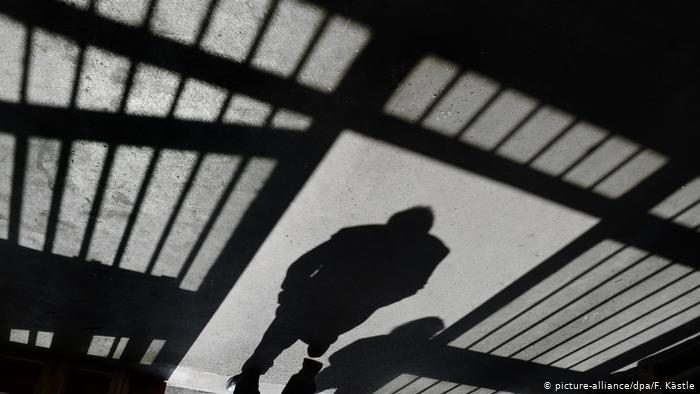 Hundreds of children are locked up in Turkish prisons alongside their mothers. Authorities have said they now want to create more family-friendly living arrangements, but human rights activists doubt this will help.

Huseyin Sahnaz remembers well the day his daughter Safiye was born — as well as the day she was imprisoned.

“She was born on a Friday. A day later, we were forced to send her and her mother to prison,” he tells DW. Sahnaz’s wife, Hatice, is accused of being a member of the Fethullah Terrorist Organization (FETO), and will spend more than six years in a maximum security prison near the Turkish city of Antalya — together with her baby girl.

Turkish dissidents are regularly accused of being FETO members and taken to court. In most cases, however, the allegations turn out to be baseless.

Huseyin Sahnaz is seriously worried about his wife and infant child. After all, prisons are not exactly family-friendly institutions. Both have to share a cell with 30 other inmates. And temperatures during this time of year tend to reach 30 degrees Celsius (around 90 Fahrenheit) or higher.

“I’m worried, and have all these questions flying around in my head,” says Sahnaz. “How will they provide for the baby in prison, and how will they cope with the heat?” Turkey’s pro-government media outlets recently announced that mothers imprisoned with their children will soon no longer have to share regular cells with other inmates. Instead, family-friendly living arrangements are in the works.

Justice Minister Abdulhamit Gul has said a pilot project with family-friendly cells is underway at a prison near Ankara. Forty-two inmates and their children are participating in the project. In an initial phase, 48 apartments will be built that are suitable for mothers with young children. There are even plans to create a 430-square-meter (4,600-square-foot) garden for children to play in, a space about the size of a basketball court. In a second phase, family-friendly apartments will be constructed in a women’s prison in Diyarbakir.

But Huseyin Sahnaz doubts the pilot project will amount to much. He’s sure it will take years until family-friendly cells become a reality. “This will not change the fact that my daughter will grow up in prison,” he says.

“Maybe the new living arrangements will have a positive impact on mothers with children,” he adds. “But whatever solution they opt for, a prison is still a prison.”

“We have no details about this project, and wish the government would share more information with us,” says Cansu Sekerci, a lawyer. She represents the Civil Society in the Penal System group, which fights for the human rights of prisoners and works closely with the European Union.

Sekerci is concerned — lately, her organization has received a growing number of complainants from mothers behind bars. Typical problems are a lack of diapers, baby food and medicine.

While Sekerci thinks the planned family-friendly cells may help a bit, she says civil society actors were never consulted to ensure all needs are met. And she criticizes that neither educators nor psychologists have been involved in the project, either.

Human rights activists say children below the age of 6 should be spared prison time with their mothers. It has been suggested that women who have been sentenced to less than five years in prison could be allowed to postpone their sentence until their child has reached the age of 7. And some have floated the idea of using ankle bracelets to electronically monitor a person’s whereabouts, instead of locking them up.

Huseyin Kucukbalaban, the coordinator of Turkey’s Human Rights Association, says it’s unfair that children are punished for the crimes of their convicted mothers.

And he can’t fathom why Turkish authorities failed to consult civil society actors, human rights activists and other experts about the newly planned family-friendly prison cells.

Kucukbalaban says no prison reform and “not even family-friendly cells will improve the lives of incarcerated children.” He argues that Turkey’s penal system needs a complete overhaul.

No leniency for convicted terrorists

Today, at least 743 children below the age of 6 live behind bars in Turkey. About half have not even reached the age of 3, says Saban Yilmaz, who heads the parliamentary human rights commission.

Turkey’s penal code, meanwhile, states that mothers with children younger than 6 months should have their prison sentences suspended. This rule, however, doesn’t apply when individuals are convicted of having links to a terrorist organization.

This means Turkish authorities have no sympathy for Safiye, who was barely a day old when she was imprisoned with her.

Tags:
Previous Article
What is Sunday’s İstanbul election all about?
Next Article
Turkey bans jihadists from using anti-aircraft missiles against Russian jets: report