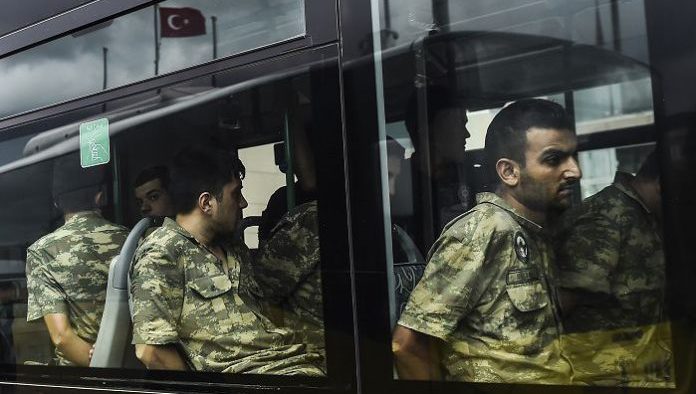 Turkey’s defense minister, Hulusi Akar, has announced that to date a total of 17,498 members of the Turkish Armed Forces (TSK) have been expelled from the service due to their alleged links to the Gülen movement, which is accused by the Turkish government of masterminding a failed coup in July 2016, Turkish media reports said on Friday.

The Turkish government accuses the Gülen movement of masterminding the failed coup on July 15, 2016 and labels it a “terrorist organization,” although the movement strongly denies involvement in the coup attempt or any terrorist activity.

According to Akar’s statement, 2,381 more military members have been expelled from the TSK since the end of a state of emergency that was declared by the Turkish government following the coup attempt and remained in effect until July 19, 2018.

Following the coup attempt, the Turkish government launched a massive crackdown on followers of the movement under the pretext of an anti-coup fight, as a result of which more than 150,000 people were removed from state jobs while in excess of 30,000 others were jailed and some 600,000 people have been investigated on allegations of terrorism.

Tags:
Previous Article
Ergenekon: The bizarre case that shaped modern Turkey
Next Article
OHAL commission has rejected 77,600 out of 126,200 applications to date

51 Gülenists attempting to flee to Greece detained in western Turkey

OHAL commission has rejected 77,600 out of 126,200 applications to date
NAT 1st September 2019
Submit an Op-Ed
Tweets by NewsAboutTurke1