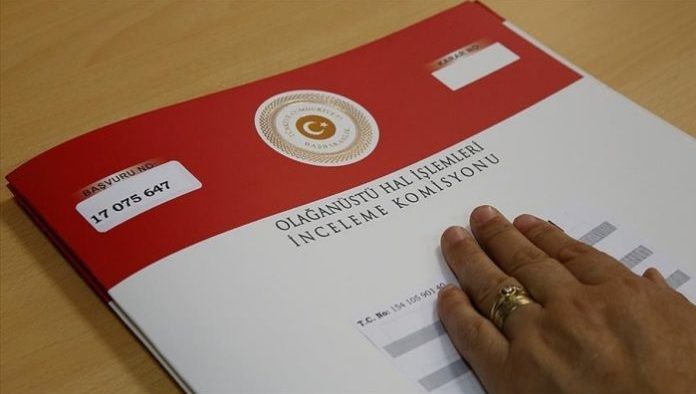 A commission set up by the Turkish government to look into complaints from individuals who were adversely affected by government decrees during a state of emergency (OHAL) in Turkey has so far rejected 77,600 applications out of the 126,200 it has processed since its establishment in summer 2017, according to a written statement from the commission on Thursday.

The commission said the applications include those from students whose scholarships were cancelled, retired military officers who lost their rank and employees of workplaces that were closed down by the government.

The commission ruled for the reopening of 28 organizations that were closed down by government decrees, including dormitories, foundations and some TV stations.

Turkey’s Justice and Development Party (AKP) government declared a state of emergency in the aftermath of a failed coup on July 15, 2016 that remained in effect until July 19, 2018.

During the state of emergency, the AKP issued a number of government decrees, known as KHKs, through which thousands of academics, politicians, teachers, doctors, officials, businessmen, artists and journalists were purged due to their real or alleged connections to the Gülen movement, which is accused by the government of being behind the failed coup. The movement strongly denies any involvement.

Tags:
Previous Article
Defense minister says 17,498 expelled from Turkish military so far over Gülen links
Next Article
Erdoğan calls on Davutoğlu to reveal what he knows after terrorism remarks