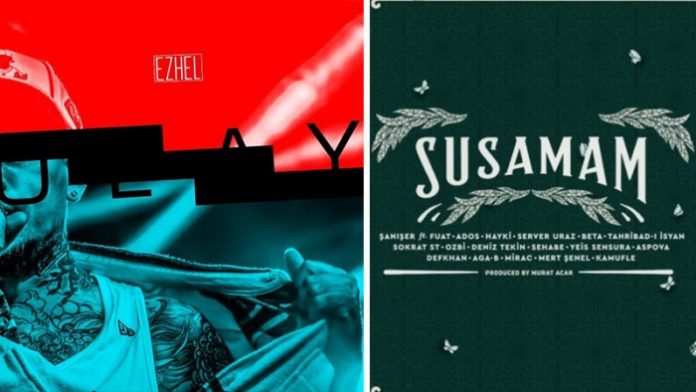 Turkish rappers on Friday released two new songs criticizing the Turkish government and urging the public, especially young people, to raise their voices against political and social injustice as well as human and animal rights abuses.

Rapper Ömer Sercan İpekçioğlu, also known as “Ezhel,” who was briefly imprisoned for promoting drug use in video clips and songs, in his song titled “Olay” (incident), has compiled Turkey’s eventful last decade with a documentary-like video clip containing footage from various events, such as the Gezi Park protests of 2013.

In another song, “Susamam” (I can’t stay silent), a collaborate effort of 18 rappers, the lyrics more directly targeted the Turkish government while also criticizing public silence against injustice.

Both videos have attracted millions of viewers, “Olay” was viewed nearly 10 million times, while “Susamam” stood at some 4 million views as of mid-Friday.

Turkey’s opposition politicians and other figures have also supported the rappers’ efforts to raise awareness on political and social issues on social media.