Turkey should be held accountable for alleged war crimes in Syria, US defense secretary says

Turkey should be held accountable for alleged war crimes in Syria, US defense secretary says 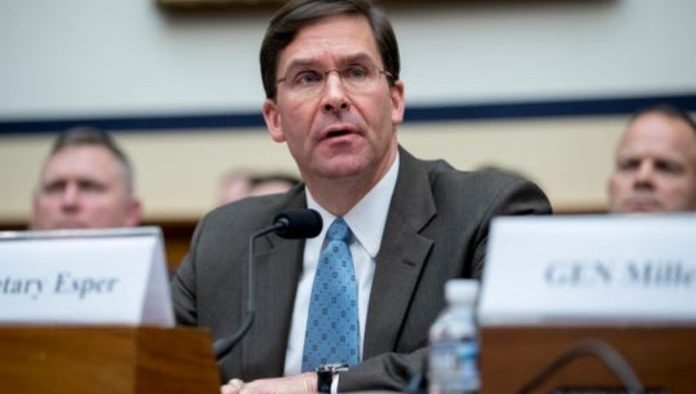 US Defense Secretary Mark Esper on Tuesday said Turkey should be held accountable for alleged war crimes committed by Turkish-backed rebel forces against the Kurds in Syria, the Ahval news website reported.

“I’ve seen the reports as well; we’re trying to monitor them. They are horrible and if accurate, and I assume that they are accurate, they would be war crimes,” Esper told CNN.

On Oct. 9, the Turkish military and allied Syrian rebels launched a cross-border operation against Kurdish People’s Protection Units (YPG) forces in Syria, following the withdrawal of US troops who had been allied with the Kurds.

Amnesty International has said there was “damning evidence of indiscriminate attacks in residential areas, including attacks on a home, a bakery and a school, carried out by Turkey and allied Syrian armed groups,’’ in addition to “a summary killing in cold blood of a prominent Syrian-Kurdish female politician, Hevrin Khalaf.’’

Turkey views the YPG as a terrorist group due to its links to the outlawed Kurdistan Workers’ Party (PKK), an armed group that has been leading an insurgency in Turkey’s predominantly Kurdish Southeast for over 30 years.