Pressure on journalists in Turkey continues to snowball, reporters warn

Pressure on journalists in Turkey continues to snowball, reporters warn

JOURNALISM in Turkey is “a dangerous profession,” with hundreds of media workers locked up by an authoritarian government which brands them terrorists, according to press freedom groups in the country.

Friday, January 10 marks Working Journalists Day, which has been celebrated in Turkey since 1961 when unions won a victory in a struggle against media bosses for independence and attacks on their rights.

But nearly 60 years later, journalists warn that the situation has deteriorated, with a third of the world’s total jailed media workers in Turkish prisons.

Kurdish journalist Seda Taskin, who was freed on appeal after spending a year behind bars on trumped-up charges, told the Star that the pressure on the press was increasing in Turkey.

Her case highlights the absurdity of the challenges faced by journalists in Turkey.

She received a seven-and-a-half-year jail sentence after being accused of spreading “terrorist propaganda” based on her social media activity, a news article and, most bizarrely, the insistence that her name, Seda, was in fact a terrorist code word.

Commenting after her successful appeal last May, she said the struggle continued for those still behind bars. She said: “No journalist is free until we are all free.”

Ms Taskin told the Star today: “We strive to do our job no matter how difficult the conditions…”

She called for international solidarity, explaining that this was more important now when more than 100 journalists face trial just because of their professional activity.

“We are being made illegal and put on trial for strange reasons,” Ms Taskin said.

Even speaking to international media organisations can prove risky, with journalists accused of denigrating the Turkish state or spreading terrorist propaganda.

It was revealed today that jailed Mesopotamia Agency journalist Ruken Demir has been banned from sending and receiving letters as prison authorities have accused her of “leaking information” about conditions inside.

Her brother Hogir Demi explained that she had been strip-searched and badly beaten during her time in custody, with the prison administration refusing her requests to discuss the violations.

Ms Demir is also banned from receiving books and left-wing newspapers, including Bir Gun and Yeni Yasam, he said.

Diyarbakir-based journalist Hatice Kamer said even the right to ask questions was taken away.

“Everything gets harder and harder every day,” she added. “We are not given press cards… The news we write comes back to us as investigations and prosecutions.”

“Solidarity against this oppression must be increased across the world. It is only with unity that we can break this pressure,” she said. 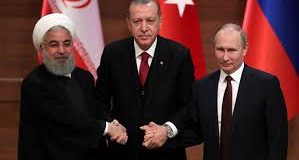