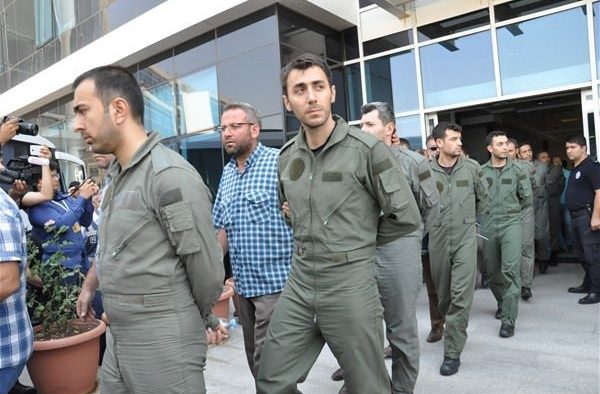 Turkish prosecutors have issued detention warrants for 176 officers of the Turkish Armed Forces (TSK) including six F-16 pilots and four gendarmerie district commanders over alleged links to the Gülen movement, accused by the Turkish government of masterminding a failed coup in July 2016, the Anatolia news agency reported.

The detention warrants were issued as part of an investigation based in the western province of İzmir into alleged Gülen movement followers in the TSK.

According to Anatolia, 104 of the officers are on active duty and 72 are retired from the service.

One hundred fifteen of the officers have thus far been detained in police operations across 49 provinces.

The Turkish government accuses the Gülen movement of masterminding the failed coup and labels it a “terrorist organization,” although the movement denies involvement in the coup attempt or any terrorist activity.

Since the failed coup, more than 130,000 public servants have been removed from their jobs by the Turkish government while more than 7,000 military officers have been arrested due to their alleged links to the Gülen movement.

Tags:
Previous Article
The Death of Turkey’s Business Climate
Next Article
Turkey’s budget posts deficit of $21 bln in 2019, despite use of legal reserves

Turkey’s budget posts deficit of $21 bln in 2019, despite use of legal reserves
NAT 15th January 2020
Submit an Op-Ed
Tweets by NewsAboutTurke1