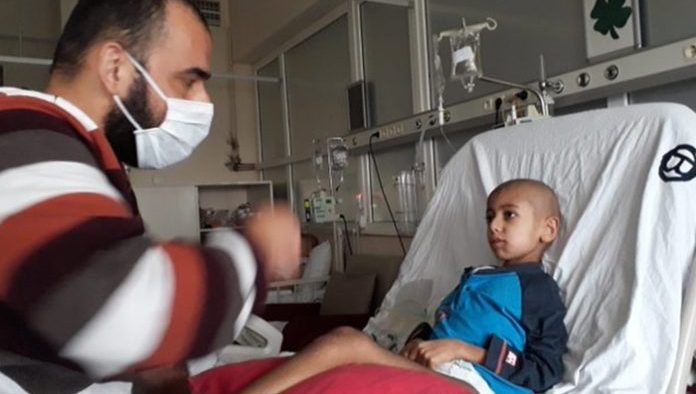 Ahmet Burhan Ataç, a stage four cancer patient, was on Friday able to see his jailed father for five hours after an intense social media campaign calling on the Turkish government to release the father in the last days of the 8-year-old’s life, the Kronos news website reported.

Harun Ataç has been in pretrial detention since March 2018 due to alleged membership in the Gülen movement, which is accused of orchestrating a 2016 coup attempt despite its strong denial of any involvement.

Zekiye Ataç had struggled for a month to get a passport to accompany her son for cancer treatment in Germany as she had been subject to a travel ban due to a coup-related investigation.

On March 3 she was finally allowed to travel to Germany with her son, following a social media campaign supported by right activists and celebrities in Turkey.

However, the cancer had spread throughout the 8-year-old’s body, his mother said, resulting in their recent return to home country.

Turkey has been conducting a relentless crackdown targeting Gülen movement followers, stripping them of fundamental rights, after declaring the movement a “terrorist” organization.