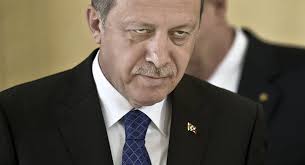 German think tank Bertelsmann Stiftung has for the first time classified Turkey as an authoritarian country in its biennial Transformation Index.

Turkey’s domestic politics have become increasingly influenced by nationalist, Islamist and authoritarian forces, the foundation said. It also observed a radical transformation in the country’s international politics that became particularly pronounced after the new executive presidential system was adopted after the June 2018 nation elections.

“This election effectively brought an end to Turkey’s parliamentary system, which had been in place since the foundation of the modern Republic of Turkey in 1923,” Bertelsmann Stiftung said.

The think tank also criticised the presidential republic system for accelerating the process of authoritarianism under President Recep Tayyip Erdogan. The acceleration had occurred even following the end of the two-year state of emergency that his administration declared after surviving an attempted putsch in July 2016, it said.

“The domestic process of autocratisation has had far-reaching consequences for Turkey’s international relations. The country’s relations with the EU and the United States have rapidly deteriorated,” said the foundation. “Turkey’s EU accession negotiations have stalled, and its bilateral relations with several individual EU member states.”