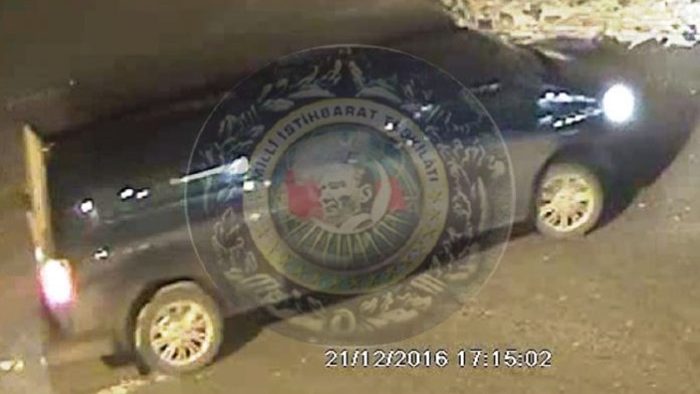 A new report from Human Rights Watch on forcible disappearances in Turkey called for an “effective investigation into credible testimony” from one of the most recent men to go missing for months.

The New York-based Human Rights Watch shined a rare light on the cases of numerous individuals who have allegedly been forcibly disappeared by the Turkish government since the July 2016 coup. In a report released today, HRW called on the Turkish authorities to “carry out an effective investigation into credible testimony from a man in pretrial detention that state agents forcibly disappeared him for nine months and tortured him.”

The man, Gokhan Turkmen, is among at least two dozen people who have reportedly been abducted by government agents, tortured and held incommunicado for months. Another of them, Yusuf Tunc Bilge, disappeared eight months ago and has yet to be located.

Many of the victims were previously employed by now shuttered educational facilities run by the Fethullah Gulen movement. Gulen is the Pennsylvania-based Sunni cleric the government accuses of masterminding the failed attempt to bloodily overthrow his former ally, Turkish President Recep Tayyip Erdogan. Turkey has been pressing for his extradition from the United States, one of several issues that have poisoned relations between the NATO allies in recent years. Gulen denies the claims.

“Enforced disappearances are an egregious crime, and their persistent occurrence in Turkey will only end if the authorities effectively investigate these incidents and bring those responsible to justice,” said Hugh Williamson, Europe and Central Asia director at Human Rights Watch.

The government continues to pursue suspected Gulenists within Turkey and in foreign countries. Operatives of Turkey’s national intelligence agency, MIT, have staged multiple renditions in places like Kosovo, kidnapping Turkish citizens accused of links with Gulen in broad daylight with the full complicity of host governments.

Others, like Moldova and Guinea, have shuttered Gulen-linked schools and extradited teachers who have then gone straight to prison in Turkey.

“Turkey’s national security state has pulled out its whole bag of tactics and deployed them against Gulenists as well as against others, just as they have in the past, and that includes kidnappings, torture and secret renditions,” said Nate Schenkkan, director for special research at Freedom House. “Of course it’s been horrible for decades, the way in which the Turkish state has acted with impunity in so many cases against dissident political movements, against Kurds and other ethnic minorities with total disregard for due process, and now you see that widening to an even larger group,” Schenkkan told Al-Monitor in a telephone interview.

Turkmen’s case fits the pattern of disappearances reported since the 2017, several of which have been documented by Human Rights Watch and the Ankara Bar Association. Turkmen disappeared in the southern province of Antalya on Feb. 7, 2019. His family repeatedly sought information as to his whereabouts from the Turkish authorities but were denied an answer.

Turkmen’s wife Zehra told HRW that she and her husband have been threatened and targeted for speaking publicly about his case and for filing complaints about his enforced disappearance with the United Nations and the European Court of Human Rights.

Heavily armed policemen first came looking for Turkmen at his Ankara home in August 2016. Like many others, Turkmen had fled the capital after being purged from his job at the Ministry of Agriculture, where he worked on EU-funded projects. He went into hiding in the southern province of Antalya, where his parents live. After he vanished in February 2019, Zehra did not hear from him until he finally surfaced in police custody in November, 30 kilos lighter and prematurely aged. He has been held in pretrial solitary detention ever since in Ankara’s Sincan F-Type prison, facing charges of espionage and membership of what the government calls the Fethullahist Terror Organization or FETO.

Tens of thousands of civil servants were summarily dismissed over their alleged links to the alleged group. Many were jailed along with thousands of others associated with schools, media organizations and businesses that allegedly operated under the FETO umbrella. Being married to a teacher working in a Gulen-affiliated school or holding a bank account in a Gulen-affiliated bank was touted as proof of culpability.

Zehra, a physics teacher at a Gulen-linked prep school, was arrested in February 2017 and jailed for nine months on charges of membership in a terrorist organization.

At his first court hearing on Feb. 10, Turkmen described his abduction by three men who identified themselves as police and were wearing police vests. In his testimony, which was obtained by Al-Monitor, Turkmen said he was held in a dark cell for 271 days. He was blindfolded and handcuffed, his feet shackled, and was forced to sign a 50-page document he was told to memorize and recite in court.

His lawyers say Turkmen was visited at least six times by men who identified themselves as MIT operatives and threatened him and his family. In March, the MIT agents allegedly demanded that he retract his testimony in court. The pressure and threats are ongoing, according to sources familiar with the case who declined to be identified by name.

Summeye Yilmaz had a similar experience. She was fired from her job at Ankara’s Hacettepe University following the abortive coup. Her husband Mustafa, a physiotherapist, was abducted outside their Ankara home on Feb. 19, 2019. She told Al-Monitor she filed a report on his disappearance. “They repeatedly told me to withdraw my petition and to say he had just abandoned our home,” she said in a telephone interview. He resurfaced 245 days later at the Ankara security directorate’s counter-terrorism department. He had lost 25 kilos and told his wife he had been “in hiding” all that time.

Yilmaz said she believed was coerced into saying so. “I don’t believe it. I want the truth,” she said. Her husband had already been arrested once in October 2018 over his suspected connections to Gulen. He was sentenced to six years and three months before being released pending appeal in January 2019, only to disappear 45 days later. Yilmaz said her husband’s account with the Gulen-affiliated Asya Bank was used as evidence against him when he was first arrested.

Coverage of such cases is scant in the mostly pro-government Turkish news media and there is little sympathy for the thousands of suspected Gulenists swept up in the government’s campaign of revenge.

Howard Eissenstat, an associate professor at St. Lawrence University and senior non-resident fellow at the Project on Middle East Democracy, explained this lack of interest: “For many progressives in Turkey, the Gulen Movement is fundamentally to blame for the current sad state of Turkey’s human rights environment.” Eissentstat continued in emailed comments to Al-Monitor, “The role of members of the movement in the use of political trials and breakdown of rule of law before 2013 remains a point of bitterness. The failure of the movement to do any serious accounting of its role then or in the attempted coup is significant. Of course, most of those targeted now by the state had no role whatsoever in any of that.”

Amberin Zaman is a senior correspondent reporting from the Middle East, North Africa and Europe exclusively for Al-Monitor. Zaman has been a columnist for Al-Monitor for the past five years, examining the politics of Turkey, Iraq and Syria and writing the daily Briefly Turkey newsletter.  Prior to Al-Monitor, Zaman covered Turkey, the Kurds and conflicts in the region for The Washington Post, The Daily Telegraph, The Los Angeles Times and the Voice of America. She served as The Economist’s Turkey correspondent between 1999 and 2016, and has worked as a columnist for several Turkish language outlets. On Twitter: @amberinzaman

Tags:
Previous Article
German think tank for first time classifies Turkey as authoritarian country
Next Article
The lira’s past 7. Now don’t be a tough guy Erdogan, don’t be a fool!

The lira’s past 7. Now don’t be a tough guy Erdogan, don’t be a fool!
NAT 3rd May 2020
Submit an Op-Ed
Tweets by NewsAboutTurke1