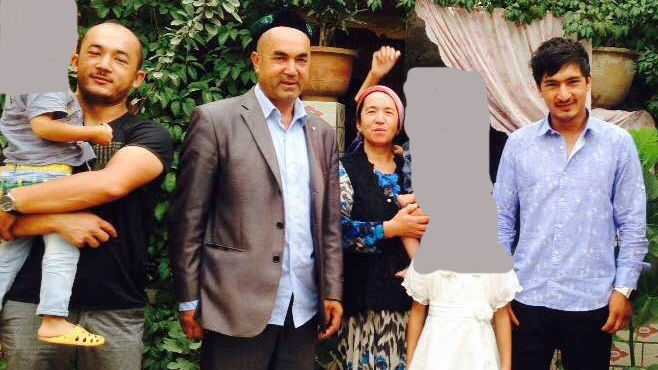 When Nursimangul Abdureshid and her older sister Nurimangul left their native Kasghar (in Chinese, Kashi) prefecture, in northwest China’s Xinjiang Uyghur Autonomous Region (XUAR), to study in Turkey in 2013 and 2014, they expected that their education abroad would pose financial difficulties for their family. What they did not expect, however, was that their studies would bring political problems and accusations of “terrorism” upon their family.

In 2018, Nursimangul was able to learn through family friends that all of their family members, including her parents and two brothers, had disappeared, presumably into the XUAR’s vast network of internment camps where authorities are believed to have held up to 1.8 million Uyghurs and other minority Muslims since April 2017. She also learned that the door to their family home had been padlocked. On June 15, she received a call from a representative of the Chinese Embassy in Istanbul, who confirmed in a recording provided to RFA’s Uyghur Service that all four of these family members are in prison, where they are serving sentences of between 13 and 19 years.

Nursimangul recently recounted to RFA the difficulties she faced in discerning the whereabouts of her family members, from learning of their disappearance in February 2018 through coded communications with friends in the XUAR to the official confirmation of their jailing earlier this week after sending out a plea for help on Twitter that received significant attention. Her sister, who began working as a reporter for RFA in February, joins a long list of Uyghur journalists at the Washington-based media outlet whose relatives have disappeared into prisons, camps, and forced labor schemes in the XUAR.

RFA: In that case, four of the six members of your family are in prison … Did he say that your parents committed the same supposed crime?

Nursimangul: Yes. He said that their supposed crime is “promoting terrorist activity.” He also said that they were guilty of “disturbing social order” … [and] that they “committed” [terrorism].

RFA: Did he have anything to say about what they specifically did to commit terrorism?

Nursimangul: I asked them … how it was [my parents] promoted terrorism, how they committed it, what the proof of their crimes was. I pointed out that there must be proof, and I hoped they would share it with me, and when I said that he told me I could get the information from a lawyer because they weren’t able to provide me with it. He refused to give it to me.

In 2018 I heard the news that there was no one left from our household after searching for information in every way that I could … [I didn’t try the embassy at the time because] you would never imagine that you’d get news like this from them. This is the same government. Given that they’ve detained your family members, the idea that they could help you doesn’t ever even cross your mind … [Meanwhile], they go on TV in Turkey and spread their own propaganda, for example: how wonderful [the government] is and how “great” things are for Uyghurs.

[I wrote a letter to the embassy in April and] when nearly two months had passed with no response, I initially gave up … [but] then I decided to put something on Twitter. I asked people for help, asked them to write letters to the embassy, thinking maybe there would be a response.

RFA: Did you ask for help from Turks or Uyghurs?

Nursimangul: I tweeted in Turkish, because Turks don’t have to fear China, and I was thinking that [the embassy] might respond if Turks were to write letters. That’s what I was thinking when I tweeted in Turkish … After I tweeted, someone from the embassy responded with a phone number and said that I should call it, and that’s why I reached out to them. And then [two days later], on Monday, he ended up giving me the news about my family.

He later changed the tone of his voice and said he was so sorry for me, but I didn’t say anything in response … He said, “Our country is ruled by law, so you can look into this according to the law. If you come back [to China], we will help you.” When he told me, I could go back [to China], I realized that if I were to go back, there would be one less person to advocate for my family.

Tags:
Previous Article
Turkey gets comfortable in northern Syria
Next Article
NATO to investigate France-Turkey standoff in the Mediterranean