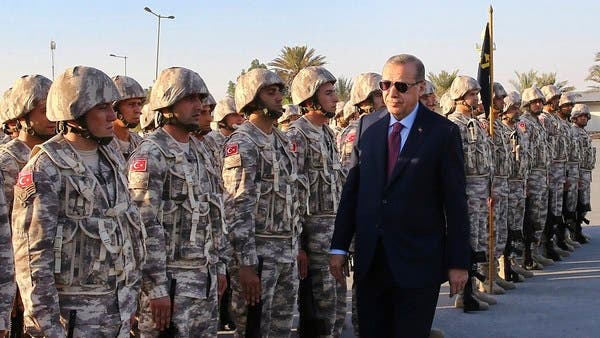 A senior member of Turkey’s ruling AK Party government received a $65 mln bribe from Qatari intelligence to push ahead with a 2015 deal that allowed the deployment of Turkish troops to Qatar, according to Sweden-based monitoring site Nordic Monitor.

Nordic Monitor’s report cited an intercepted 19-page intelligence document that proved Ahmet Berat Conkar, the head of the Turkish parliament’s foreign affairs commission at the time, secretly communicated with a Qatari intelligence officer regarding the deal.

Turkey approved in 2015 the establishment of a military base in Qatar as part of a defense agreement signed in 2014 aimed at helping them confront “common enemies.” At the time, Turkey said it would station 3,000 of its ground troops at the base.

Saudi Arabia, the United Arab Emirates, Bahrain and Egypt cut of diplomatic and trade ties with Qatar over Doha’s support of terrorism and issued a list of 13 demands, including the closing down of the Turkish military installation.

The latest revelation by the Nordic Monitor’s reporting that a senior AK Party official received the $65 mln bribe from a Qatari intelligence officer came during a testimony of Rear Adm. Sinan Sürer, who was responsible for the external intelligence branch of the Turkish military at the time.

“According to the information obtained from a source, Berat Conkar communicated with a Qatari intelligence officer before the session [in the Foreign Affairs Committee] to push the law [that allowed the deployment of Turkish military units in Qatar] and received a $65 million bribe,” the Nordic Monitor quoted Sürer as saying citing the intercepted intelligence document directly.

What does the Turkey-Qatar military deal mean for Arab conflicts?

Turkey diversifies allies with first Mideast military base in Qatar

Conkar served as chairman of Foreign Affairs Committee within the Turkish parliament between 2014 and 2016 and would go on to serve as Turkey’s representative to the NATO Parliamentary Assembly. He has also served directly as a foreign policy adviser to Turkish President Recep Tayyip Erdogan.

“In his testimony Adm. Sürer said the claim that Çonkar accepted a $65 million bribe was a very serious allegation. “It [the intelligence] did not use ambiguous terms such ‘heard’ or ‘reported’. It said, ‘According the information obtained from a source’.” The revelation of the intelligence document was made in a hearing held on March 21, 2019 at the Ankara 17th High Criminal Court,” the Nordic Monitor report read.

The Sweden-based monitoring site said the intelligence document obtained by was translated from a report prepared by what Turkish intelligence believe to be a foreign agent who compiled it to investigate “vulnerabilities in Turkey ahead of the 2015 elections.”

The report also included other findings about Erdogan’s links to extremist groups like ISIS and his involvement in oil trade with the terrorist group.

Greece, Turkey and Oil Raise Fears of War in the Mediterranean
NAT 3rd September 2020
Submit an Op-Ed
Tweets by NewsAboutTurke1