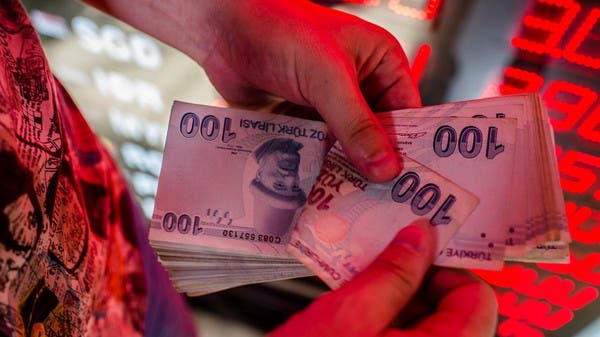 Turkey’s lira touched a record low against the dollar on Wednesday, hit by investor unease over possible US sanctions, fraught ties with the European Union and the ongoing Caucasus conflict.

The currency has lost 24 percent of its value this year on worries over the central bank’s depleted forex reserves, costly interventions in the currency market, and geopolitical issues.

Tensions with the EU, meanwhile, appeared to rise after President Recep Tayyip Erdogan said on Tuesday decisions at an EU summit last week over disputes including maritime claims in the eastern Mediterranean had been insufficient to resolve disagreements.

Erdogan and a Turkish Cypriot leader also announced the partial reopening of a Cypriot resort abandoned since the 1974 invasion by Turkey. This drew condemnation from Greece and the Greek Cypriot government.

“The EU-related concerns over geopolitical tensions decreased in recent days due to a move towards dialogue. But as of this week, an increase in tensions in both Azerbaijan and the EU can be observed,” a banker said.

Fighting between Azerbaijan and Armenian forces in Nagorno-Karabakh is at its most intense in 25 years. Ankara’s backing for Baku has set Turkey apart from other big nations, alarming NATO allies who seek a ceasefire.

Demand was three times the amount it borrowed, the Treasury said. Turkey has borrowed $6.5 billion from international markets this year, it said, out of a planned $9 billion.

Turkey’s dollar-denominated bonds weakened, with the April 2043 and February 2045 issues both losing more than 1 cent on the dollar, their biggest daily fall in two weeks, Tradeweb data showed.

EU lashes out at Turkey over rule of law, rights, freedoms
NAT 8th October 2020
Submit an Op-Ed
Tweets by NewsAboutTurke1