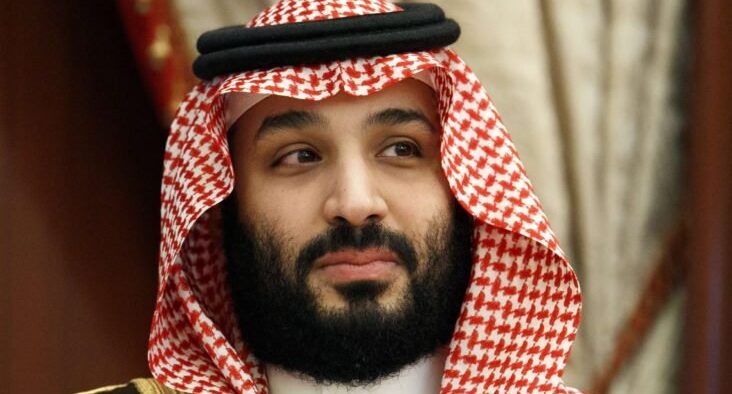 US intelligence agencies have concluded in a newly declassified intelligence report that Saudi crown prince, Mohammed bin Salman, approved the 2018 murder of the Washington Post journalist Jamal Khashoggi – but Washington stopped short of targeting the future Saudi king with financial or other sanctions.

The four-page report released on Friday confirmed the long-suspected view that the 35-year-old future king had a personal hand in the violent murder of one of his most prominent critics, a columnist and former Saudi insider who was living in exile in the US and used his platform to decry the prince’s crackdown on dissent.

The assessment’s release was accompanied by further actions from the Biden administration, including the unveiling of a new “Khashoggi policy” which is set to impose visa sanctions on individuals who, acting on behalf of a foreign government, engage in “counter-dissident” activities, including harassment, surveillance, and threats against journalists, activists, and dissidents.

The US treasury also issued new sanctions against Ahmad Hassan Mohammed al Asiri, the former deputy head of Saudi Arabia’s General Intelligence Presidency, who it said was “assigned” to murder Khashoggi and was the ringleader of the operation, as well as several members of the hit squad that killed the journalist.

Asked whether Joe Biden had concerns about Prince Mohammed’s position in Saudi succession, the White House press secretary, Jen Psaki, said it was for Saudi Arabia to “determine the path forward on their future leadership”.

“I will say that the president has been clear, and we’ve been clear by our actions that we’re going to recalibrate the relationship,” Psaki said.

Avril Haines, the director of national intelligence, told NPR that the report could complicate relations in the future. “I am sure it is not going to make things easier,” she said.

But even as the Biden administration was praised for releasing the partially redacted assessment, there were hints of frustration in Washington that Prince Mohammed would not face personal accountability for the grisly murder.

In Saudi Arabia, the mood was said to be one of relief. In a statement, the Saudi foreign ministry said the kingdom’s government “categorically rejects what is stated in the report provided to Congress”.

Senator Ron Wyden, who wrote the law that ultimately forced the report to be published, said there was “no question” in his mind that more should be declassified.

Wyden’s call for personal sanctions against Prince Mohammed were echoed by Agnès Callamard, the special rapporteur for extrajudicial killings who investigated the murder.

“The United States government should impose sanctions against the Crown Prince, as it has done for the other perpetrators – targeting his personal assets but also his international engagements,” Callamard said.

The partially redacted assessment, which was released by the Office of the Director of National Intelligence and relied heavily on information gathered by the CIA, said the agencies assessed that “Saudi Arabia’s Crown Prince Mohammed bin Salman approved an operation in Istanbul, Turkey to capture or kill Saudi journalist Jamal Khashoggi”.

It based the assessment on the prince’s “control of decision-making in the kingdom, the direct involvement of a key adviser and members of [the prince’s] protective detail in the operation, and [his] support for the using violent measures to silence dissidents abroad, including Khashoggi”.

The US intelligence agencies’ assessment – which was released at about 9pm Saudi time – also found that the prince’s “absolute control” of the kingdom’s security and intelligence organisations made it “highly unlikely” that Saudi officials would have carried out an operation like Khashoggi’s murder without the prince’s approval.

Included in the assessment were several bullet points that contributed to the agencies’ findings, including that Prince Mohammed had “probably” fostered an environment in which aides were afraid that they might be fired or arrested if they failed to complete assigned tasks, suggesting they were “unlikely to question” the prince’s orders or undertake sensitive tasks without his approval.

The US government should impose sanctions against the Crown Prince, as it has done for the other perpetrators

The report pointed to the fact that the 15-member hit squad that arrived in Istanbul worked for or were associated with the Saudi Center for Studies and Media Affairs at the Royal Court – which at the time was led by Saud al-Qahtani, a close adviser to the prince who claimed publicly in 2018 that he did not make decisions without the prince’s approval.

“Although Saudi officials had pre-planned an unspecified operation against Khashoggi, we do not know how far in advance Saudi officials decided to harm him,” the report concluded.

While Prince Mohammed has previously denied ordering the killing or having any knowledge of it, the damning picture portrayed by the new report raises serious new questions about how the newly publicised information will affect the future heir’s relationship with the Biden administration and other foreign and business leaders.

One Saudi dissident living in exile compared the administration’s actions to convicting a man of murder, but then allowing him to walk out of court.

“I am disappointed, but it is early and we expect more to come,” the dissident said, adding that he believed it was now up to Congress to pass targeted sanctions against Prince Mohammed under the global Magnitsky Act.

The administration’s statements also alluded to other acts by Saudi Arabia, beyond Khashoggi’s murder, in what appeared to be a nod to reports that the CIA has intervened on at least two occasions – in Norway and in Canada – to warn that dissidents and activists were possibly under threat.

Tony Blinken, the US secretary of state, said: “While the United States remains invested in its relationship with Saudi Arabia, President Biden has made clear that partnership must reflect US values. To that end, we have made absolutely clear that extraterritorial threats and assaults by Saudi Arabia against activists, dissidents, and journalists must end. They will not be tolerated by the United States.”

The release of the report comes more than two years after Khashoggi entered the Saudi consulate in Istanbul on a mission to retrieve papers that would allow him to marry his Turkish fiancee, Hadice Cengiz, who has since emerged as a fierce advocate for justice for her late partner.

Cengiz did not immediately comment on the report but tweeted a photo of Khashoggi.

While Khashoggi had been assured by Saudi officials that he would be safe inside the consulate’s walls, details later emerged – pieced together through recording and other evidence gathered by Turkish authorities – that described how a team of Saudi agents, who had arrived in Istanbul on state-owned planes for the intended purpose of killing the journalist – subdued, killed and then dismembered Khashoggi using a bone saw.

In one recording, a close ally of Prince Mohammed referred to the journalist as a “sacrificial lamb”.

The decision to release the report and expected move to issue further actions represents the first major foreign policy decision of Biden’s presidency, months after he vowed on the presidential campaign trail to make a “pariah” out of the kingdom. The White House’s “recalibration” of its relationship with Saudi Arabia is a major departure from the close relationship the crown prince, who is known as MBS, had with Trump, and Trump’s adviser and son-in-law, Jared Kushner.

Trump defended and brushed aside the findings of his own intelligence agencies, even after it became widely known through media reports that the CIA had concluded with a medium- to high-degree of confidence that Prince Mohammed had approved the murder.

Trump was reported to have bragged to the Washington Post reporter Bob Woodward that he had protected the crown prince from congressional scrutiny, telling Woodward: “I saved his ass.”

The declassified US intelligence assessment was released after it was mandated by Congress. The Trump administration had ignored the law but the Biden administration signalled early on that it would be willing to release the document.

“By naming Mohammed bin Salman as the amoral murderer responsible for this heinous crime, the Biden-Harris administration is beginning to finally reassess America’s relationship with Saudi Arabia and make clear that oil won’t wash away blood,” Wyden said.

Tags:
Previous Article
286 detained over alleged Gülen links in a week
Next Article
Turkish-Iranian rivalry heats up over Mosul

Saudis involved in Khashoggi death were trained in the US, official documents reveal
NAT 23rd June 2021

Russians held over targeting of Chechens

Saudis involved in Khashoggi death were trained in the US, official documents reveal

Joe Biden lets the Saudis get away with murder — for now