A little more than three years ago, a small faction within the Turkish military attempted to overthrow the government. The coup would fizzle out by morning, after claiming more than 200 lives, but that wasn’t certain in the middle of the night when Turkish President Recep Tayyip Erdogan declared it “a gift from God.”

It really was the gift that kept on giving. As Turkey’s Reichstag Fire – both metaphorically and almost literally – it served as justification to arrest, purge and blacklist tens of thousands without due process, and all but guaranteed the passing of a referendum greatly expanding the powers of the president. A century’s worth of institutions were overhauled in less than a year, but the coup didn’t accomplish everything Mr. Erdogan and his allies hoped: It had failed to unify an ideologically polarized country.

So the state tried to force it, mobilizing media and entertainment to hype national solidarity, renaming entire towns and landmarks after coup victims, staging massive democracy vigils and inventing what it hoped would become the country’s most important national holiday. But the half of the country in the opposition was simply going through the motions. It didn’t feel like their fight as much as a power struggle between two religious conservative former allies: Mr. Erdogan and the exiled cleric Fethullah Gulen.

But what the coup failed to sell, the Kurds could deliver. They were already established bogeymen since the eighties, and Turkish anxieties weren’t entirely baseless – the country had been fighting a 35-year insurgency by Kurdish separatists at a cost of more than 40,000 lives. It wasn’t too hard to reframe the national emergency from religious versus religious to Turk versus Kurd.

The process had already begun a year earlier. After a poor electoral performance by the ruling party in mid-2015, the Kurdistan Workers’ Party (PKK) was provoked into reigniting dormant violence, and a do-over election five months later saw the ruling party comfortably regain its majority. And the coup only accelerated the conflict. Just one month after the putsch, Turkey would launch its first of three incursions into northern Syria against Syrian Kurdish forces. A month later, Ankara would remove elected opposition mayors in many of Turkey’s Kurdish districts and replace them with appointees. A month after that, the leaders and MPs of the left-wing, pro-Kurdish Rights party would be arrested on terrorism charges. Hostility would snowball over the next three years, to the point when Turkey’s third and latest incursion into northern Syria last month was met with overwhelming national fanfare. Everyone from schoolchildren to the national soccer team and even contemporary art fairs were clamouring to support the troops, and thus by extension the government. An amazing turn of fortune for an administration which had been harshly rebuked in municipal elections just a few months prior. Not only did most of the major cities flip to the opposition, but the government embarrassed itself further by losing the largest city, Istanbul, twice after it arranged a do-over election.

From the outset, it looks like this latest Operation Peace Spring – as in water source, not season – is just about cultivating nationalist fervour to regain lost political capital. Plus, there is the added benefit of driving a wedge between opposition parties. With two of Turkey’s three opposition parties supporting the operation while the pro-Kurdish Rights party is singled out and targeted by the authorities, the nascent partnership so essential to opposition victories earlier this year has now been compromised.

But those are just the immediate benefits to a much longer-term plan to engineer a new identity for Turkey. More specifically, there are two concurrent engineering projects at work, one in Syria and the other in Turkey, and seeing what is playing out in the former reveals what to expect from the latter. As soon as the White House green-lit the Turkish incursion, the world focused on two angles: U.S. President Donald Trump’s betrayal of the U.S.’s Syrian Kurdish partners, and their imminent genocide at the hands of Turkey. Understandable, as the Syrian Democratic Forces (SDF) had been an invaluable partner in the fight against the Islamic State and rightfully earned considerable global sympathy. But the SDF was also closely affiliated with Turkey’s own separatist PKK, a group designated a terrorist organization by not just Turkey but also the U.S. and European Union. That is why the international and Turkish narratives are so divergent. The former portrays Turkey’s fight as against Kurds as a whole, whereas Turkey insists it is only against one militant organization.

“This is not a move against the Kurds,” presidential spokesman Ibrahim Kalin told CNN in the first days of the operation. “Turkey doesn’t have any problem with the Kurds. We are fighting against a terrorist organization that has killed and oppressed the Kurdish people as well.”

Yet, even though the operation is justified in terms of security concerns, Turkey has made no secret of its plans for demographic engineering in the region, which will affect SDF and civilians alike. The stated objective of Peace Spring is to drive the SDF from a 30-kilometre-deep strip along the border, then move in about two million of the 3.5 million Syrian Arab refugees currently hosted in Turkey. Thus, Ankara would not only weaken any future Kurdish claims for territorial autonomy or independence, but also reduce its politically costly refugee burden. 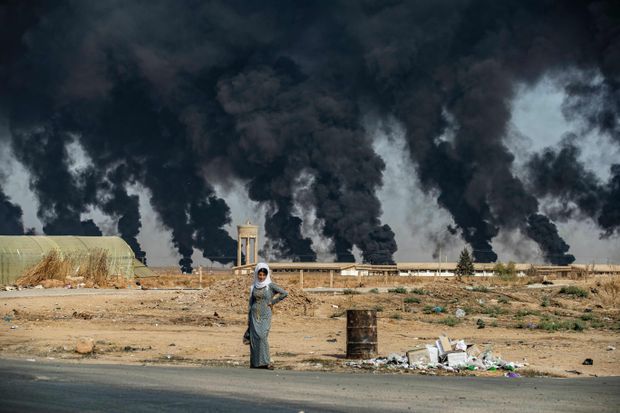 A glimpse of what the expect for northeast Syria is already available in the city of Afrin, an isolated predominantly Kurdish enclave in northwest Syria taken by Turkish forces during its previous incursion in early 2018. A UN report after the operation noted: “The Office of the High Commissioner for Human Rights is concerned that permitting ethnic Arabs to occupy houses of Kurds who have fled effectively prevents the Kurds from returning to their homes and may be an attempt to change permanently the ethnic composition of the area.”

In any case, Peace Spring proceeded rapidly, killing hundreds and displacing tens of thousands in a week, and soon ceasefire agreements were reached with foreign powers, first with the United States, then with Russia. Turkey got at the diplomacy table what it had set out to accomplish militarily: the evacuation of the SDF from the 30-kilometre strip.

But the demographic engineering isn’t just about ethnicity; it’s also about ideology and lifestyle. The SDF and PKK are left-wing and secular, a major annoyance for Turkey’s religious conservative government. “It’s really an irony of history that the United States has picked up a Marxist-Leninist organization in Syria as its ally,” Mr. Kalin said in the aforementioned CNN interview. Meanwhile, Turkey’s allies in Syria, and the people it would rather move in to replace the Kurds, are much closer ideologically to the government. Their enemies are even accusing them of being outright jihadis. That Islamic State leader Abu Bakr al-Baghdadi was found and killed by U.S. forces last week in the western city of Idlib – a stone’s throw from the Turkish border and under the gaze of Turkish observation posts – shows that Turkey is, at the very least, less concerned with religious extremists than it is of left-wing Kurds. 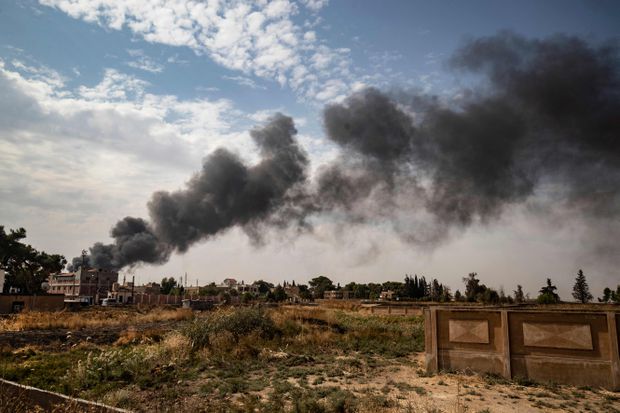 So it raised a few eyebrows when Mr. Erdogan explained rather bluntly during an interview last week that, “the people best suited for [the northeastern stretch] are the Arabs. It isn’t an area suitable for the Kurds’ lifestyle.” Asked to clarify, he added, “because it’s a desert,” but eyebrows were still raised. After all, Afrin wasn’t a desert and the Kurds weren’t suitable for it, either.

This engineering in Syria also hints at what is planned for Turkey. The country was established as an aggressively secular republic a century ago after the fall of the Ottoman Empire. Religious conservatives like Mr. Erdogan were marginalized or worse, and their rise has been fuelled largely by a reactionary backlash against enforced secularism. He has made clear his intention to “raise pious generations,” and resources are increasingly invested in religious education and other religious institutions. But secularism and religious conservatism are seen as mutually exclusive, and it’s not easy converting members of one team to the other. That is where nationalism comes in, creating a backdoor which allows leaders to disseminate other ideas. In Turkey, nationalism isn’t the end, it’s the means to the end.

When Turkey’s founders first introduced secularism to the conservative people of Anatolia, they were able to do so because of the nationalist fervour of the Turkish War of Independence waged mostly against the Greeks. Now, if the future is to be pious, a similar existential threat needs to be cultivated and maintained. Which is why there can be no peaceful resolution between Ankara and the Kurds. Get people worked up over Turkishness, and they might not notice why mosques are now mobilized in support of troops or why their kids are being directed toward religious schooling whether parents want it or not.

In 2023, Turkey will be celebrating its centennial, a date government officials bring up time and again with ominous undertones, a sort of watershed moment marking Mr. Erdogan’s grand “New Turkey” project. If this new Turkey aims to bring about a radically new identity, likely a more religious and more anti-Western one, then it will be nationalism that gets it there.

BY: Cinar Kiper – a Turkish journalist based in Vancouver.